Function generators (aka FG’s) are widely useful in many audio and analog circuits. FG’s are capable of generating Sine, Square, Sawtooth and Triangle waveforms. But not many electronic hobbyists can afford to buy FG for their experimentation purpose. This function generator circuit will come in handy for those who want to build a simple cost effective Function generator by their own.

This Circuit was built around a Quad op amp IC MAX494 which takes less supply for operation. U1A and U1B form a triangle wave, square wave oscillator, respectively. U1B has hysteresis provided by R6 to input U1Bin+. The output of U1B connects through R2 and R1 (Frequency Adjust pot) to the input U1Ain-. C1 connects from the output of U1A to U1Ain-. This configuration causes U1A to work as an integrator.

The outputs of U1A, U1B and U1C are connected through R15, R14, and R13 to the input U1Din-. R18 provides the appropriate feedback for controlling the output level of U1D. By substituting a 10K pot for R16, the output signal level of U1D could be adjusted from 0 to Vmax. A selector switch for S1, S2, S3 could be used to select the desired output type of waveform. 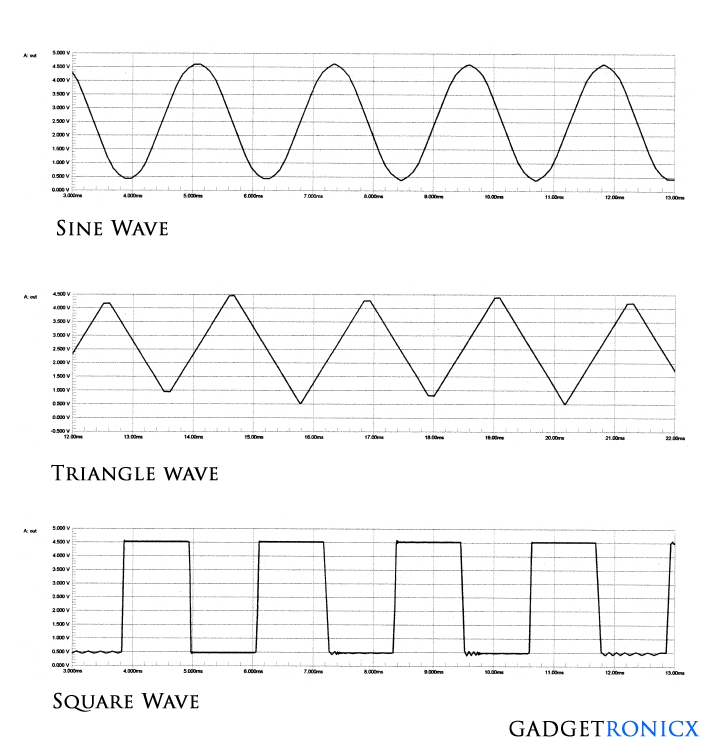 it helped many thanks!