Tutorials based on PIC 16 and 8 bit microcontrollers explaining concepts with design and schematic diagram , code and complete explanation in brief manner 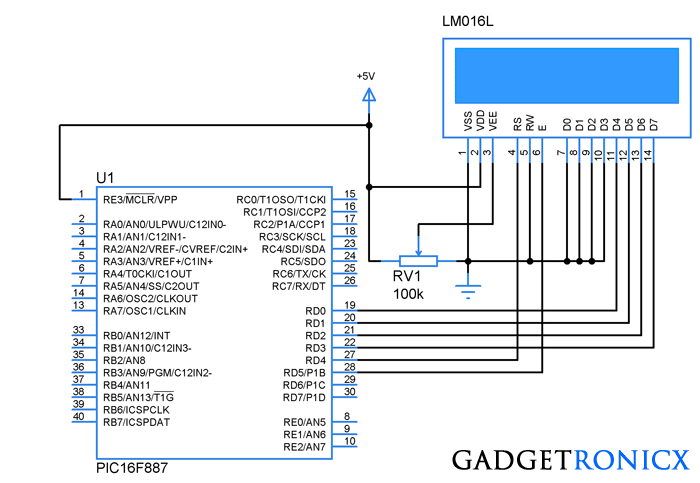 LCD displays operate in two modes 4 bit and 8 bit mode. We all might have been familiar with 8 bit mode which is used widely in several systems. But 4 bit mode is something which many of us is…
Read more 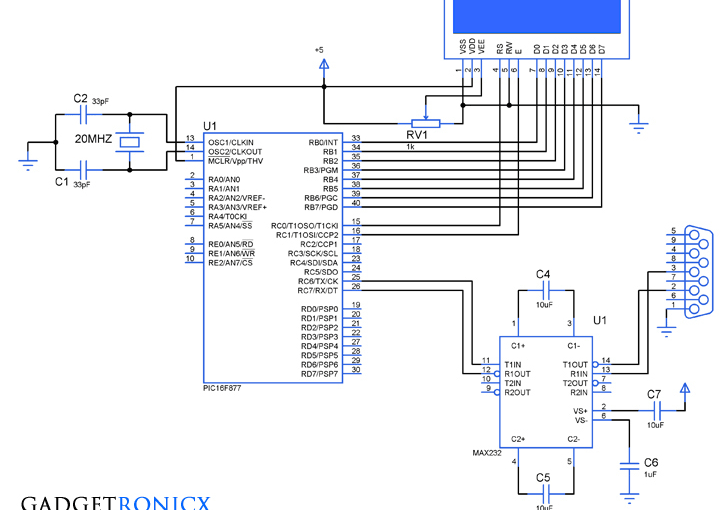 UART or serial communication is one of the important protocol used by the Microcontrollers to transmit and receive data from the external devices. Almost every controller is equipped with this protocol to make transmission and reception easier just using two…
Read more 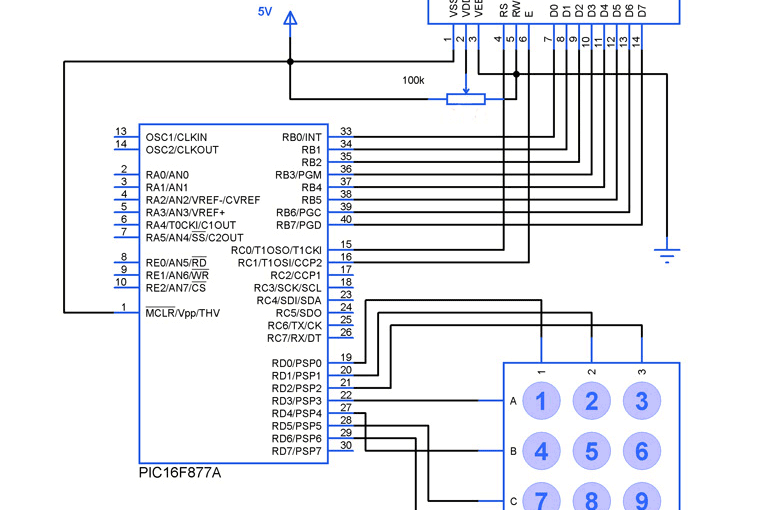 Design of LCD and Keypad Interface to PIC Mircocontroller Interfacing LCD and Keypad are one of the important interfacing concepts of PIC microcontroller since both the input and output element can form a complete embedded system design. This tutorial is…
Read more