How to program I2C protocol in ARM Microcontroller 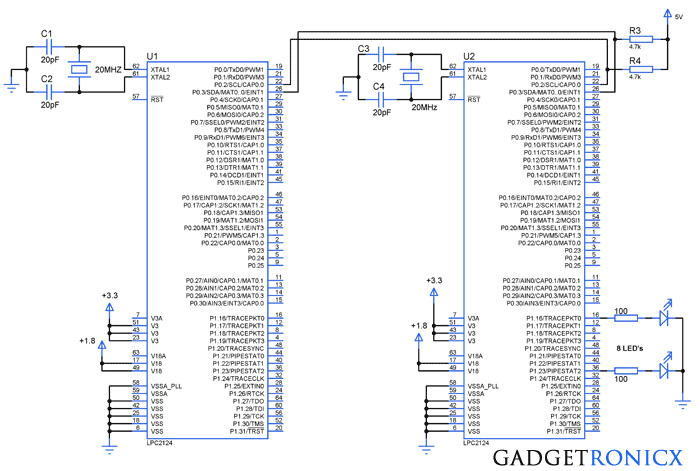 I2C (Inter Integrated Circuit) also known as TWI (Two wire Interface) is a bus interface connection that is used in many devices such as Sensors, RTC and EEPROM. Unlike SPI this protocol only uses two wires to establish the connection…
Read more 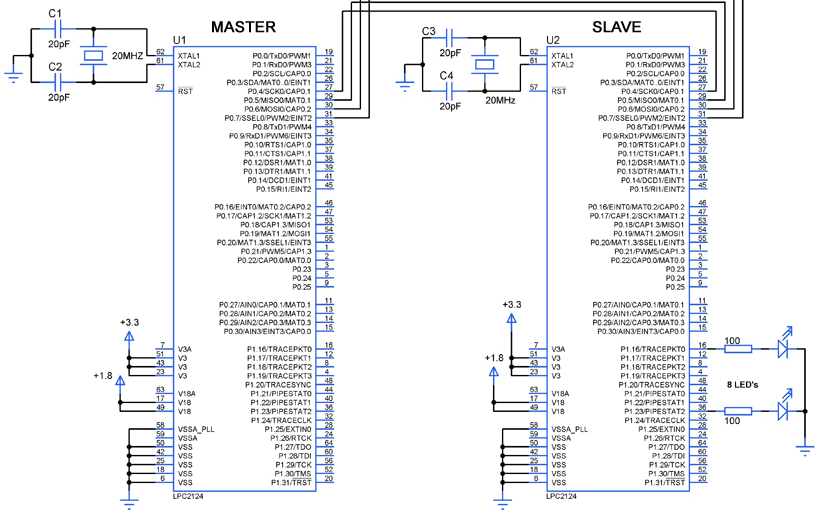 SPI ( Synchronous Peripheral Interface) is one of the important protocols used in Microcontrollers to establish serial communication between two devices. This protocol was widely used in many devices since the data transfer rate is pretty high than other protocols…
Read more 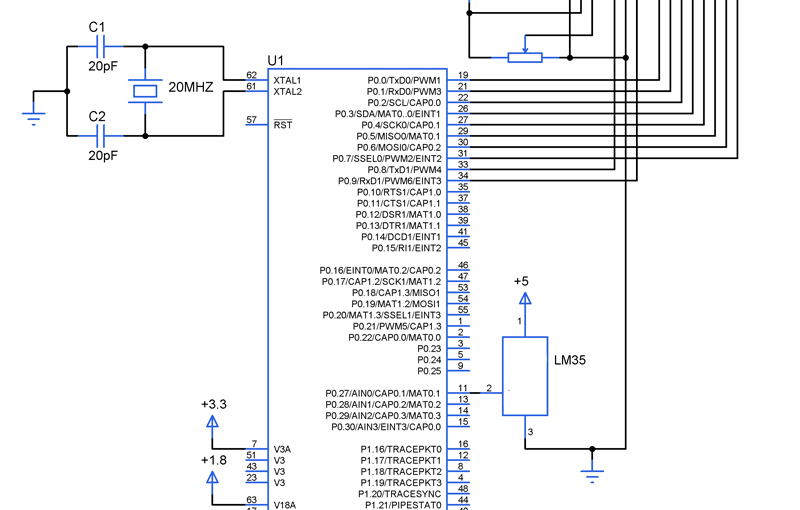 ADC holds an important significance in every Microcontroller since it allows user to measure the external analog parameters and gives the result in digital form. Almost every advanced Microcontroller is equipped with ADC and so does ARM series controllers. This…
Read more 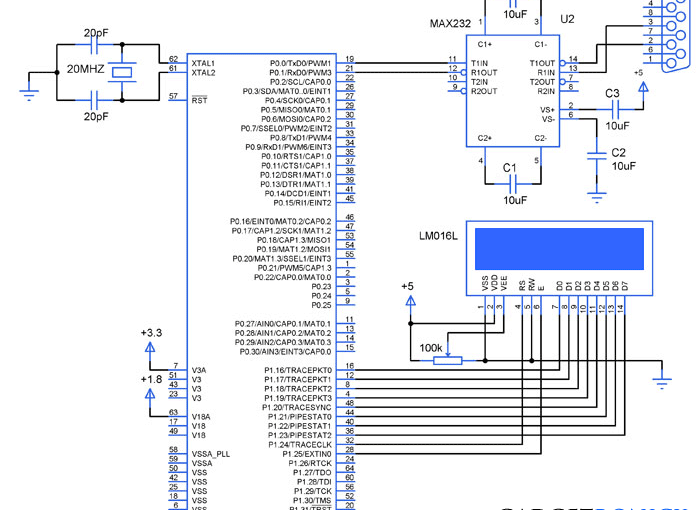 Serial communication(UART) serves an important purpose of communicating with the external devices just using two pins (RX and TX). This tutorial focuses on Programming UART aka Serial communication in ARM7 Microcontrollers. I assume that you are familiar with the working…
Read more 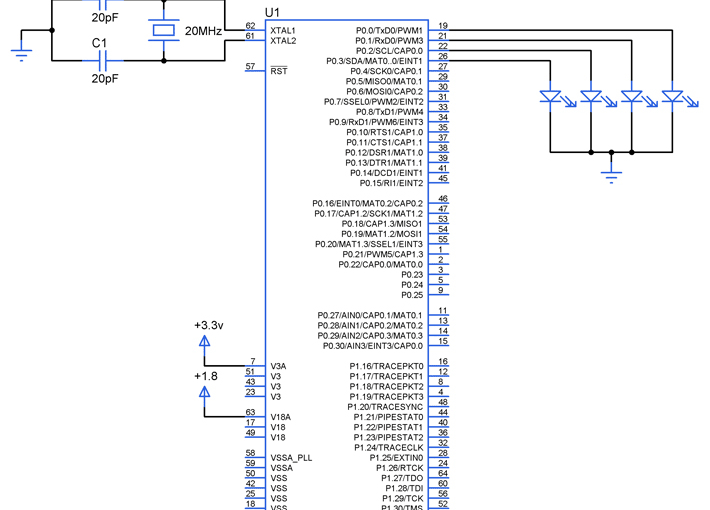 Timers are one of the important concepts in a Microcontroller since it helps us to create precise time delays for a specific application. The usage of timers are inevitable in many of the Embedded Applications which we use in our…
Read more 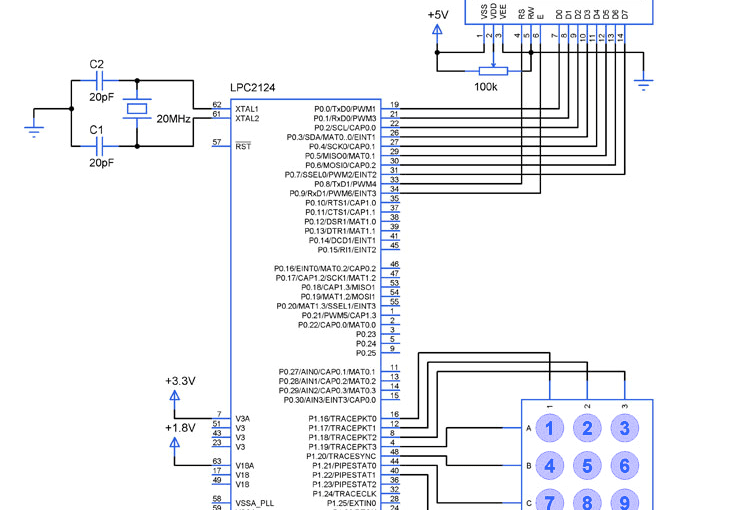 Keypad interface with ARM7 Microcontroller Keypads are the most commonly used input device in many embedded system since it possess simple design and also comes at affordable cost. This makes the concept of keypad interfacing with a Microcontroller very important….
Read more 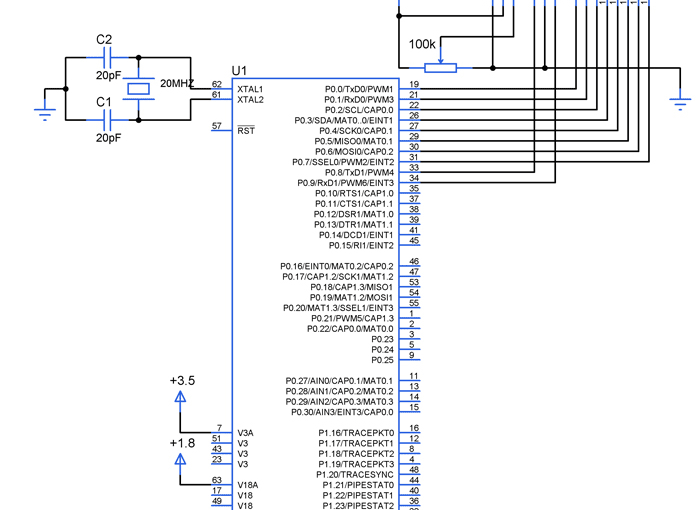 Interfacing LCD with ARM7 Microcontroller is what we are going to see in this tutorial since LCD’s help us to achieve a cheap Embedded Design with vital information display. This tutorial teaches you about designing and programming of LCD using…
Read more