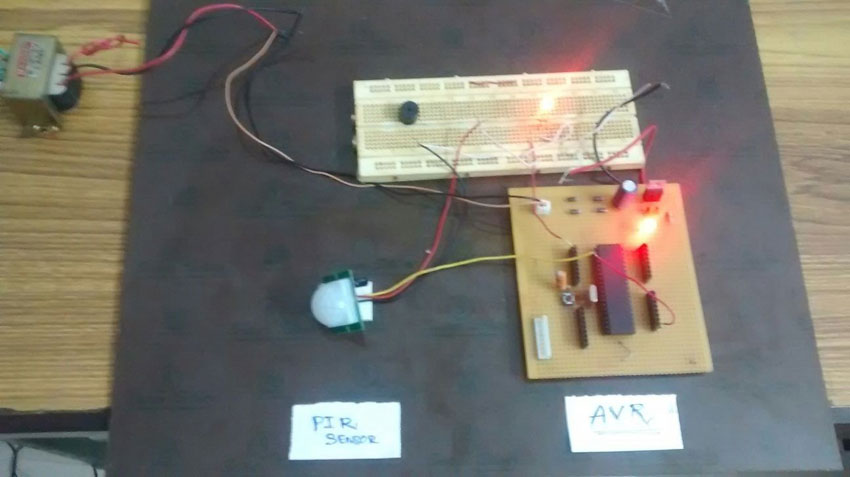 Passive Infra red sensor also known as PIR sensors is capable of detecting motion or movement within a certain range. These type of sensors have wide range of applications in our daily life and it is essential to learn the interfacing method. This article is going to demonstrate the PIR motion sensor interface with AVR microcontroller.

Lets see some of the common applications of PIR sensor for better understanding.

The PIR sensor detect only bodies (hot materials and living objects) in motions not the static ones. This sensor uses Infra red beam to detect the motion and only covers a certain space based on the sensor model, i advise you to go through the manufacturer datasheet to know about the range. This sensor module gives only two output states that is logic High 1 which is equivalent to 3.3 V and logic low 0 equivalent to 0 V. 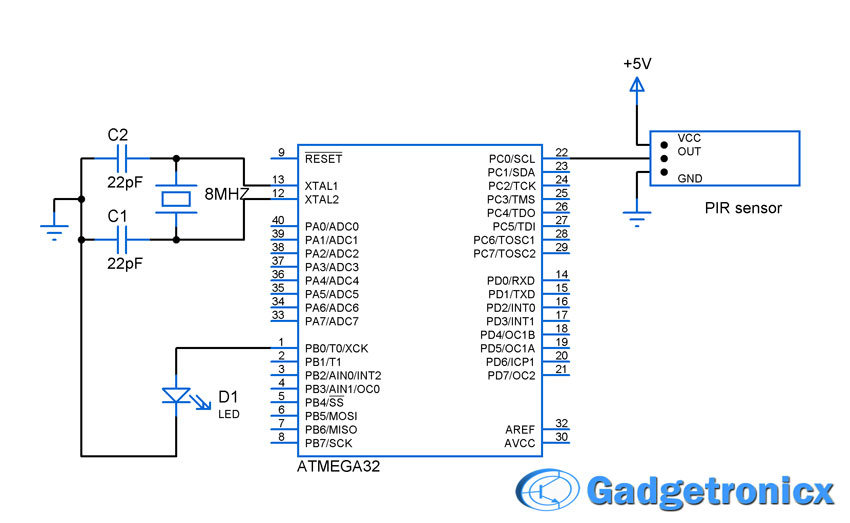 Olajide,
Yes thanks for pointing it out. It was updated correctly now.