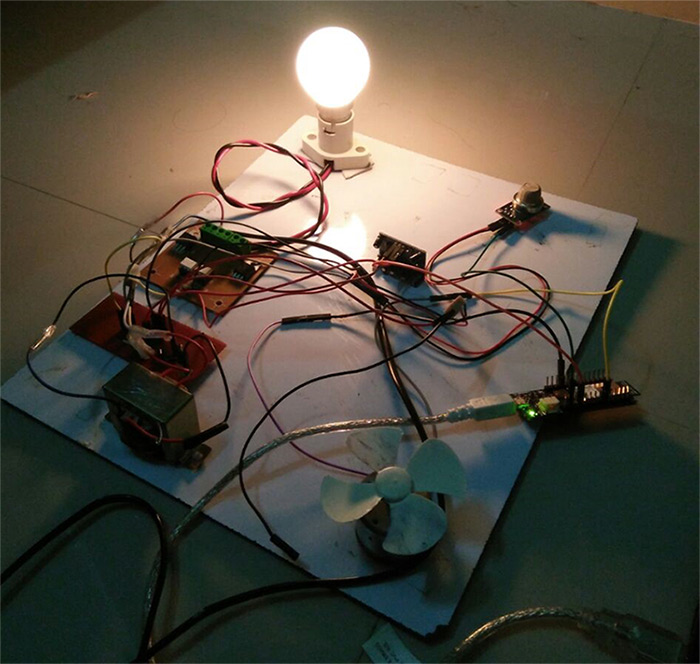 IOT has become huge trend in the last couple of years. With growing needs in connected devices many companies have shifted the attention to iot market. Today we are going to share a simple project which we have built –  IOT based  home automation and security systems using Arduino MKR1000. Hope you will like this project.

Blynk is an IOT software platform which is available for both android and iOS. This platform is very much like a digital dashboard in which you can see all information from your connected devices. And the most of all Blynk supports many famous development boards like Raspberry Pi, Arduino, ESP8266 and other IOT platforms .

In our project this platform is used for following purposes 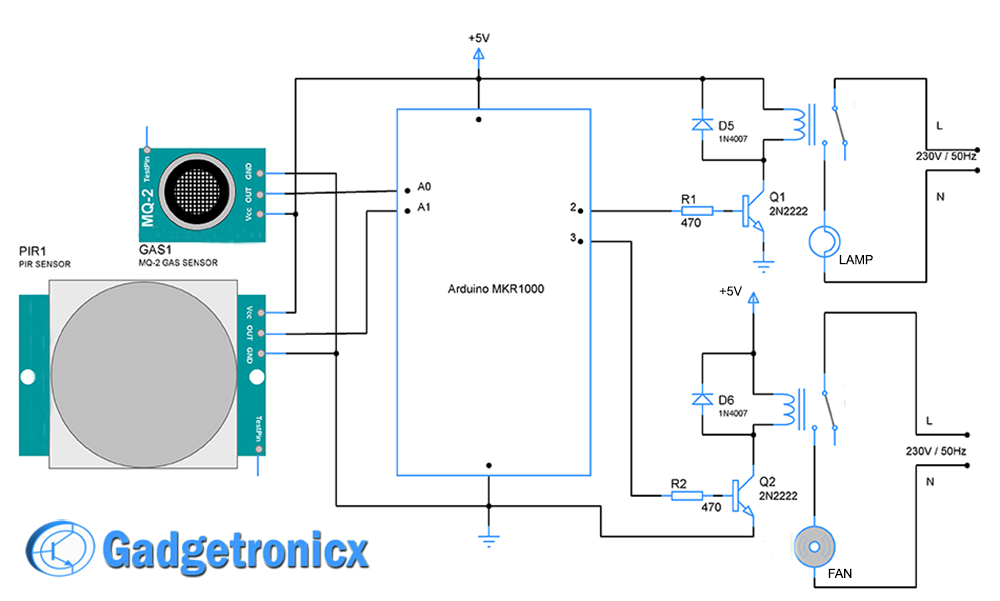 In this schematic PIR sensor and gas sensor is used to detect atmospheric conditions and the output from these sensors is fed into Arduino board. On the other hand lamp and fan is interfaced to microcontroller using couple of relays. The relay acts as an activator for both the fan and bulb. Transistor is added between relay and microcontroller pins to provide sufficient current. Lamp and Fan is connected to phase and neutral lines of AC power supply. This schematic is just for prototyping purpose of our home automation project, you can add devices to it with minor changes in the schematic.

This sensor is used to detect any gas leakages in our home. If any gas leakage occurs the elements in gas sensor will be ionized. The sensor module outputs voltage level depends upon the intensity of gas present. This is fed into the analog pins of Arduino as well. Then it will be display in the Blynk app.

This is powerful Arduino board which is specifically built for the purpose of IOT. The board consists of in built WIFi controller making it a best solution for IOT prototyping by eliminating the necessasity of adding external hardware for WiFi connection.

Blynk App will allow you to create your own server on its Blynk Cloud, through which the communication between your Arduino and Smartphone takes place. This is secure communication and user will be provided with Authorization key like other platforms. This UI provides buttons, sliders, timers and lot cool features. Also receiving notifications from Dev boards are other cool features of this platform. Refer these two links to get more idea about this.

TURN ON/OFF OF FAN AND LAMP: 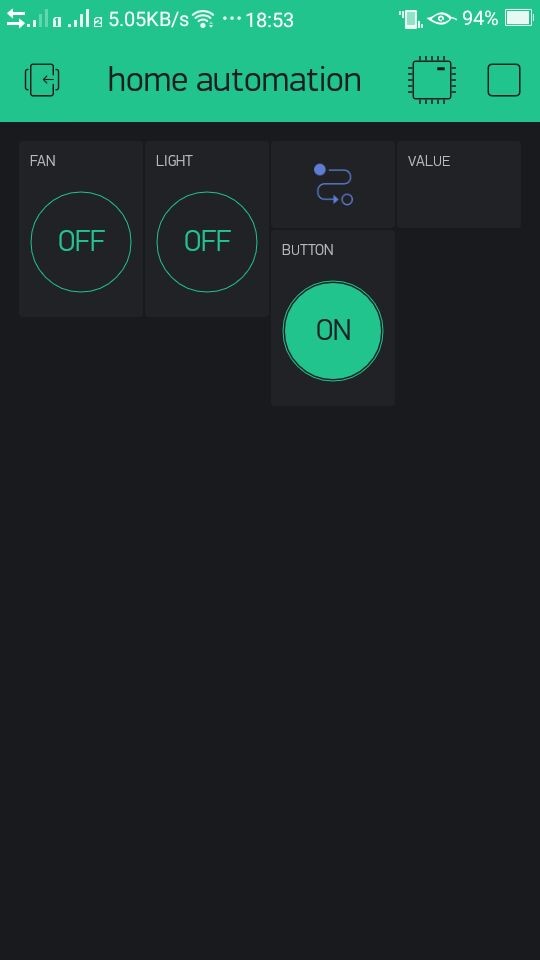 The above is the snapshot of UI i have developed for my project. I have added two toggle buttons separately for Fan and Light. With every on the respective buttons my Fan and Light will be turned ON/OFF. By this way i can use Arduino to control my home via a Smartphone with Blynk App.

Hi Susmitha, How may I help you

can i use audrino uno
and is there any library required

Yes you need an library for this . You can download it here https://github.com/blynkkk/blynk-library/releases/tag/v0.4.8