Gadgetronicx > Electronics > Most commonly used Sensors and their applications

Most commonly used Sensors and their applications

Sensor is a device or part that can be used to measure Physical properties of our surroundings. Basically Sensors are like Eyes, Ears and hands for our Electronic system. It helps our Electronic system to sense Physical parameters and act accordingly. With the advancement in technology there is tremendous growth in type and number of sensors in the market. It is necessary as an Engineer or Enthusiasts to be aware of the types of sensor available in the market. In this article we have compiled the list of sensors that you need to be aware of and can use for your next projects.

Note: This article doesn’t cover all the sensor types available in the market but most useful ones for engineers and Enthusiasts. Also we have added basic explanation of how each sensor works, in order to know its working in detail kindly refer to the link added under each sensor category. We have also added commonly used Sensor name under each category , hope it helps 🙂 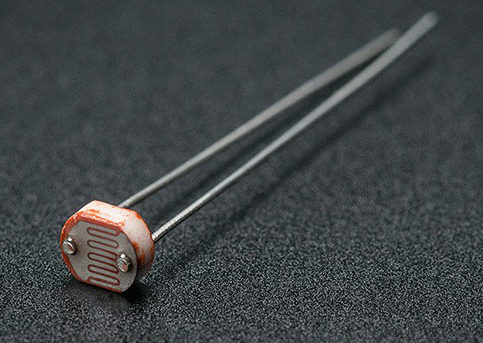 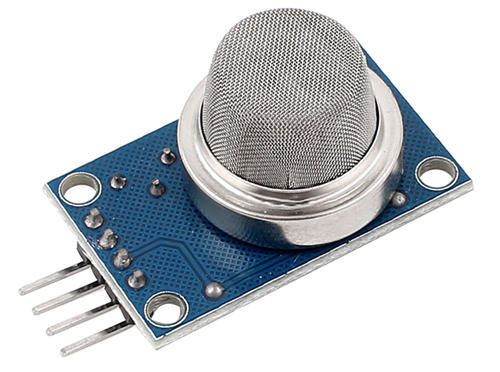 This type of sensor detects the smoke or any types of Gas present in the atmosphere ( depends on the type of sensor ) and usually they indicate the smoke / gas presence by means of change in output voltage. This type of sensor uses Optical test or Ionization to detect the gas presence in atmosphere. In Optical testing the sensor uses Infra red beam to monitor the atmosphere and when smoke enters the sensor IR beam gets scattered. The scattered IR beam alerts the sensor module and gives corresponding output. In Ionization method chemicals are used inside the sensor that tend to react with smoke and other gases. Successful chemical reaction indicates the presence of Smoke and therefore alerting the user by giving corresponding output. Read more about this in detail. 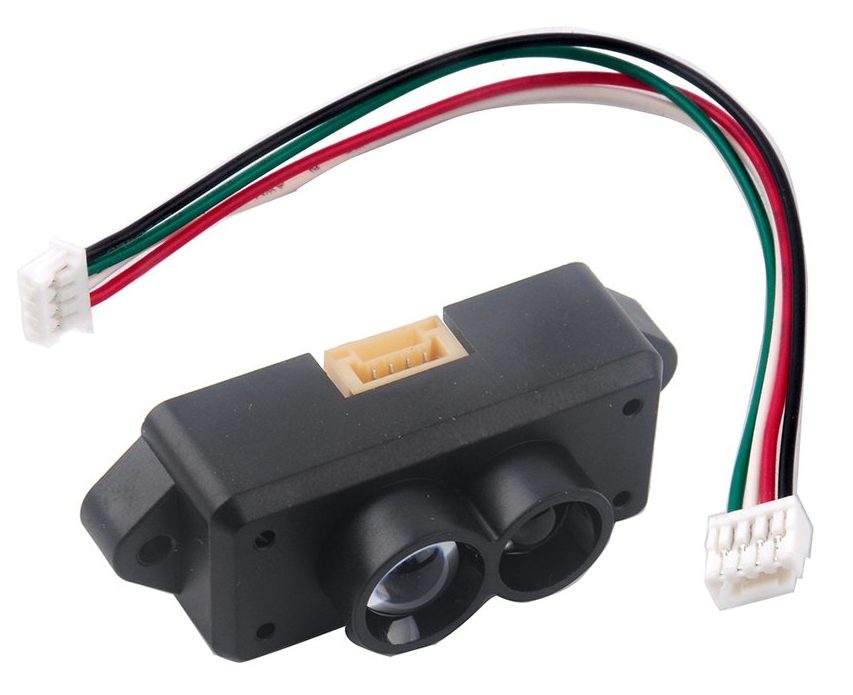 Light Detection and Ranging is what LIDAR stands for. This is sensing method used to calculate distance or proximity between two places. It consists of a transmitter which transmits high power Laser beam and a receiver adjacent to it’s side which acts as a receiver to the reflected Laser beam from the objects located within the proximity. Based on the time taken between transmission and reception the distance between the source and object is calculated. LIDAR has high range coverage comparing to other proximity sensing methods. 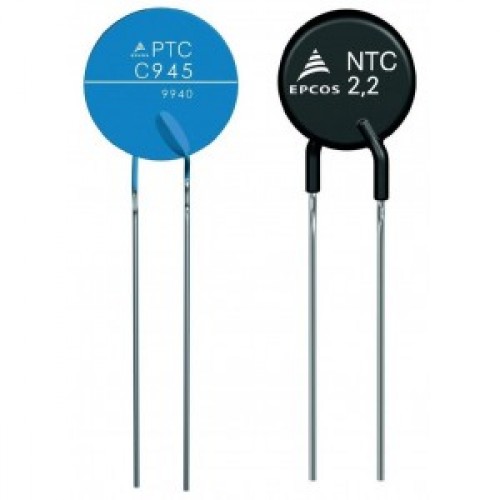 Similar to NTC and PTC there are many sensors available in the market with different methods to sense temperature with each having their own characteristics. Do check them out an pick the one that suits your project most. 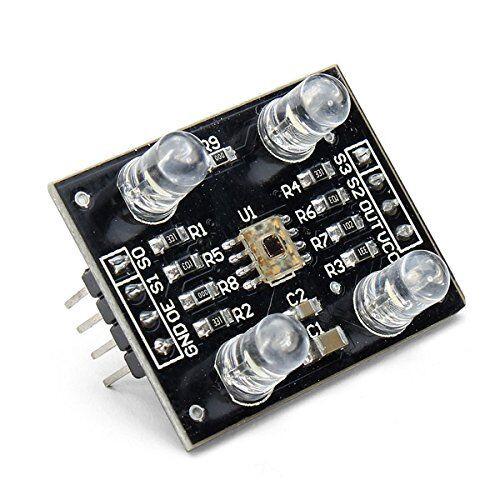 This type of sensor is used to detect the colors around the surrounding. This sensor basically works by lighting up the objects for color detection by means of LED’s. Each color reacts to light in a different way. The reflected color from the object goes into array of Photodiodes inside the sensor. These Photodiodes are covered with three different color filters R,G,B. Output current from these Photodiodes is used to obtain the RGB values of the color. Read more about this module. 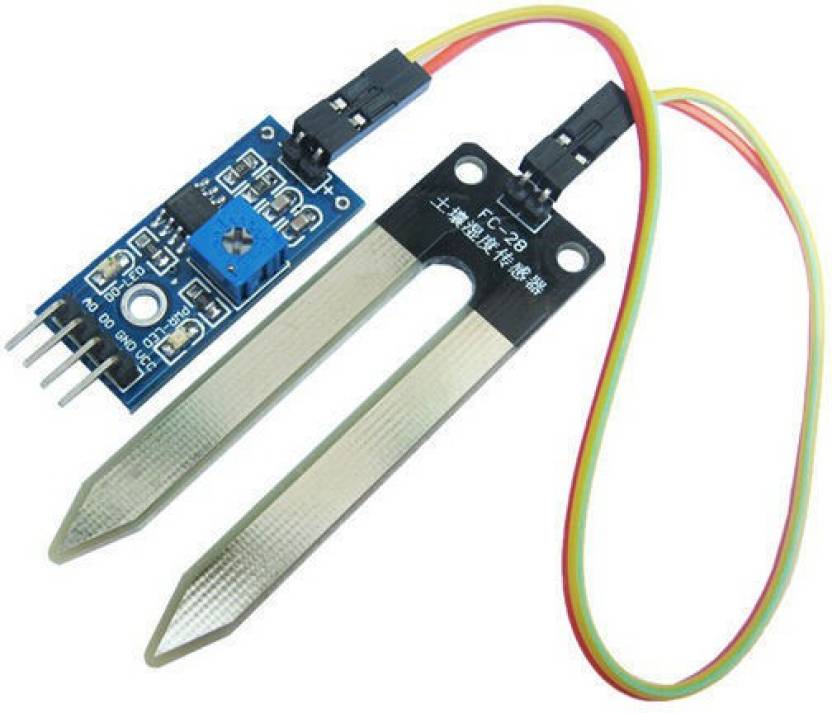 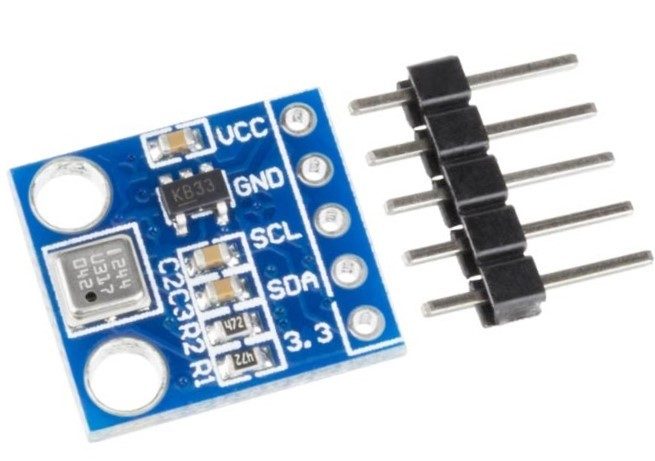 As the name implies this sensor measures pressure applied on it. Although there are different types of sensor available in the market to measure pressure. Highly sensitive sensors can be used to measure atmospheric pressure for weather applications and low sensitive ones are used to measure manually applied pressure by the user or any objects. But in both the above variants of sensor it consists of metal strip separated in such a way when pressure is applied, the strips come in contact changing the resistance value measured across the sensor. This resistance value is calibrated to give applied pressure value in the output. 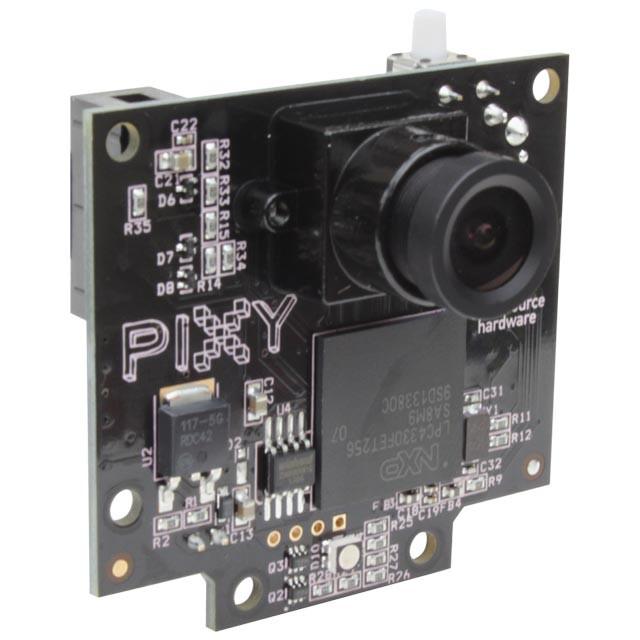 This refers to Image sensor to see and detect the objects in the environment. These type of sensors gives Eyes to your project. This sensor has a camera module to process the image information. There are sensors that comes along with dedicated Image processor that will take the burden out of our Microcontroller and makes it easy to Interface and use with our MCU and in our project as well. 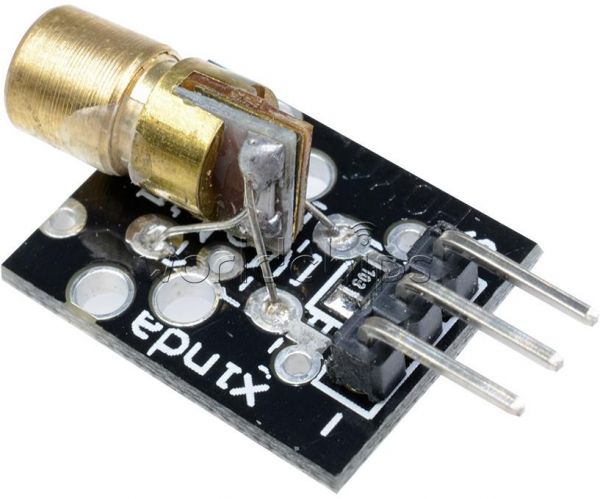 These are sensors that uses Laser in order to perform the intended purpose. Usually Laser sensors are used in Distance measurement, detecting obstacle, inspecting surface of products and so. This Laser sensor comprises of a Laser source which emits the beam and a receiver to detect the incident beam. The receiver can be placed either in the direction of beam or returning path of beam after reflection of the beam. This type of sensors are also used as proximity sensors to detect the distance between the source and obstacles. 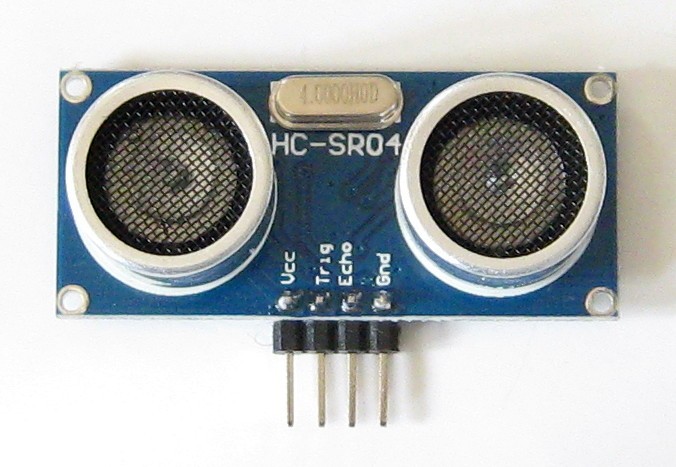 This sensor uses Ultrasonic waves as a medium to detect the distance or range. This sensor consists of a Ultrasonic wave transmitter which generates the wave. The transmitted wave bounces back by any medium or obstacle and returns to the sensor where it will be sensed by receiver. Now the distance between the sensor and obstacle is calculated based on the time it for the wave between transmission and reception. The further the obstacle is the longer the time delay between transmission and reception. 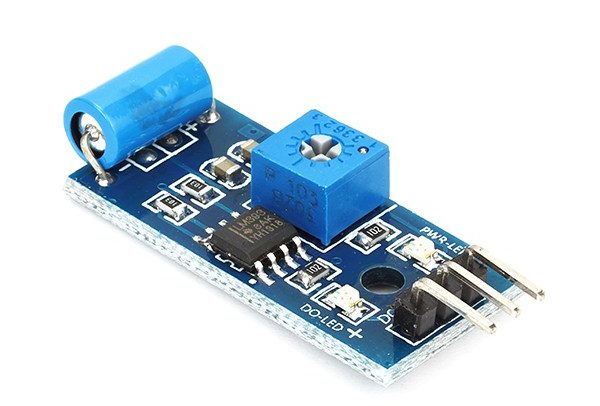 These sensor modules are extremely handy in detecting vibrations in machines, surfaces etc. This sensor pretty much works like a switch. When there is no vibration sensed it act’s like a open switch whereas when vibration is sensed it acts like a closed switch. This opening and closing of switch feeds output to an MCU or comparator to make the detecting more meaningful. 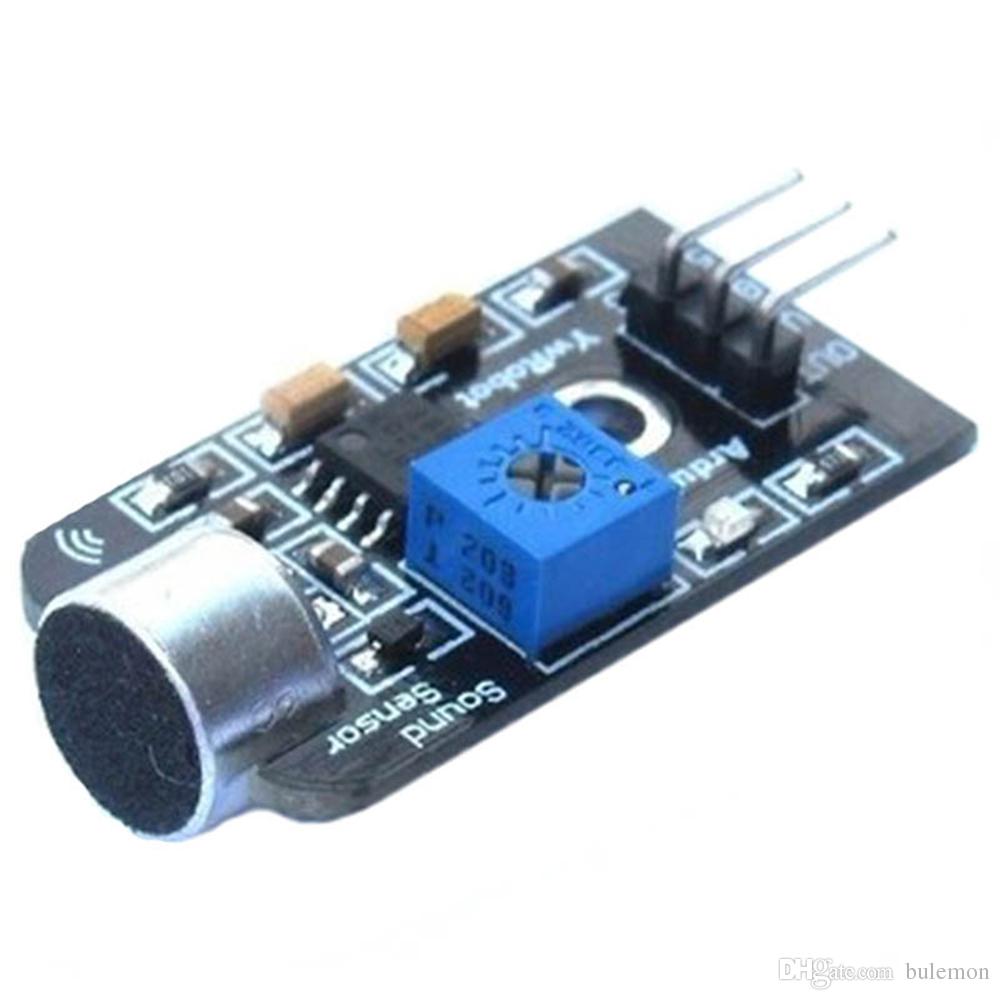 Popularly known as Microphone, this sensor converts sound to electrical signals. In a Microphone when the sound waves hit the diaphragm it vibrates based on the energy of the sound wave. This movement makes the coil attached to diaphragm to move back and forth as well. This coil was fixed around a permanent magnet so when the coil moves it produces electrical signal proportional to the sound energy input. This sound energy is later amplified and used. 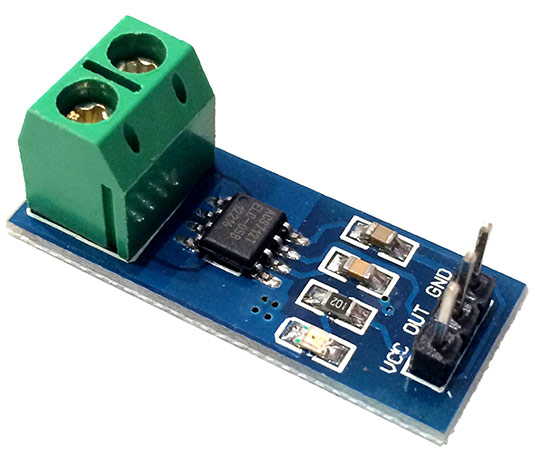 This sensor measures the flow of current in your circuit. This type of sensors are extremely useful in power and monitoring applications. This sensor works on the principle of Hall effect similar to the one we saw above. When current flows through the terminals it develops a magnetic field proportional to the flow of current. This magnetic field is translated to electrical signal which can be calibrated to figure out the current flowing through the terminals. There are also Current sensor which doesn’t require physical connections across the terminals to measure the current flow. 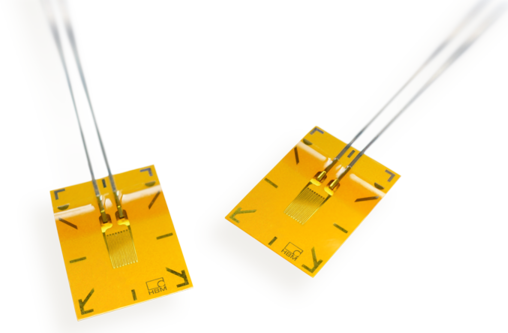 Strain Gauge is a sensor which alters it’s resistance based on the applied force, pressure or strain to it. This Strain gauge consists of thin foils with some resistance to it. When force is applied at the terminals of Strain gauge the foils present in it tend to expand which increases the resistance measured between its terminals. Similarly when pressure is applied to compress the foils there will be an increase in resistance between the terminals. But force applied to Strain gauge should not exceed its maximum threshold or it will lead to permanent deformation of Sensor foils. Using Strain gauge requires calibration to sense the amount of pressure applied on the gauge. 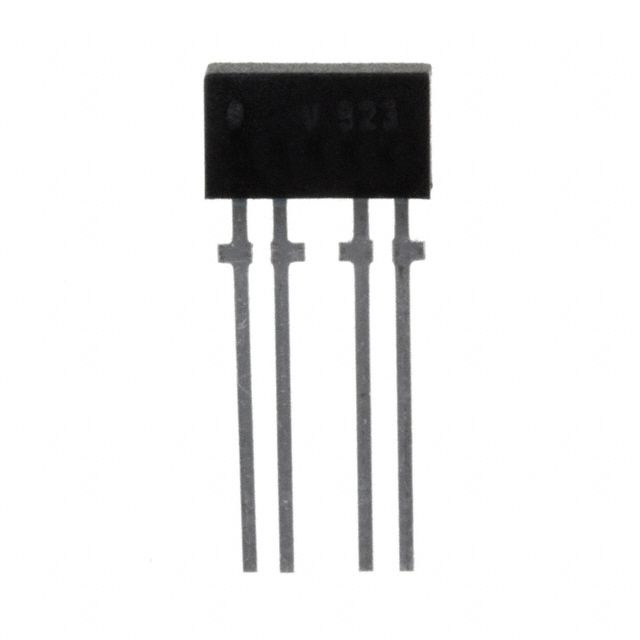 This type of sensor uses IR to detect obstacles and surfaces. Here in this sensor IR beam is produced from the source and a receiver is placed adjacent to the transmitter. When there is an obstacle or surface within the proximity IR beam gets bounced back and it is therefore detected by the receiver. Based on the detected beam the output of the sensor will be in a state to indicate the presence of obstacle. But one thing to remember is that this sensor won’t work on black surface since it will absorb the IR light. 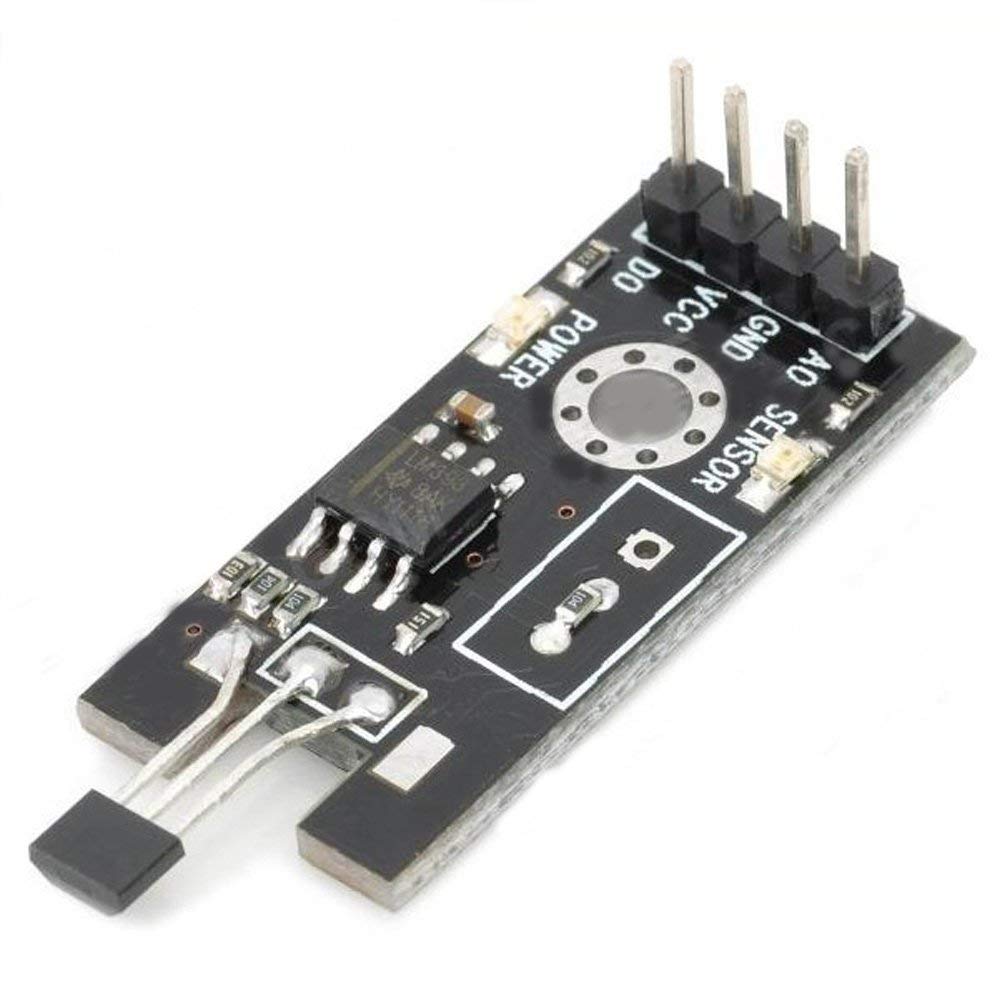 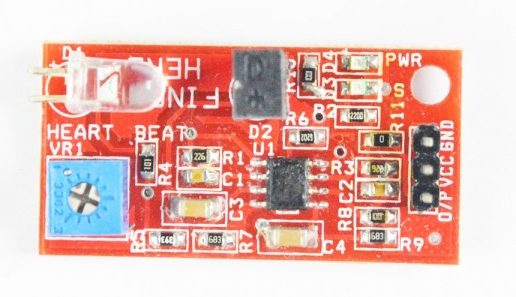 They sense the heart beat in a human body. We all knew heart pumps blood with each and every beat of heart. This blood flow can be sensed via arteries that lies close to the skin ( in the fingers and in the ears. This sensor transmits light to the these spots looking for change in volume of blood flowing through arteries. When the blood volume in the arteries changes, it alters the light intensity as well. This light intensity is measured by a receiver and based on the number of times the change in intensity occurs determines the number of beats in a minute. 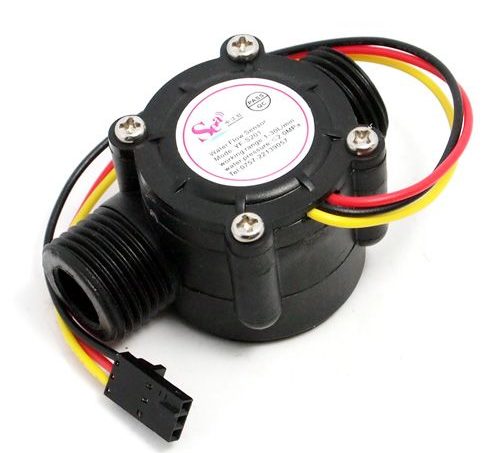 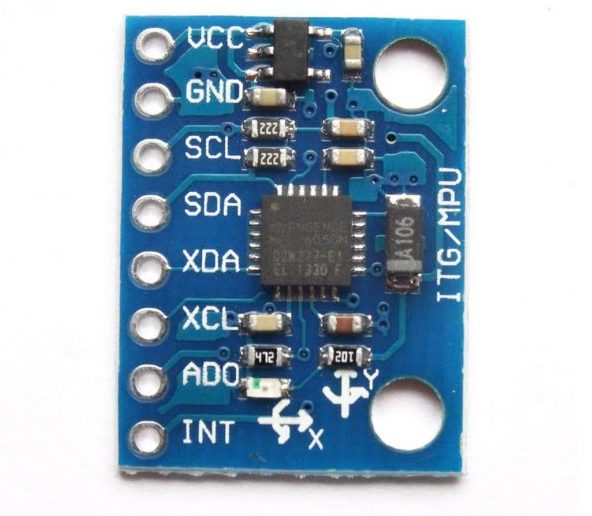 This sensor is used to measure the angular velocity or rotational motion of an object or surface where it is affixed. Gyroscopes are widely used in applications to balance robots and other applications where keeping equipment in correct level is mandatory. Within this Sensor a small resonating mass is used. When angular rotation occurs this resonating mass shifts it’s position. This movement is converted to electrical energy and therefore the angular velocity is sensed. There are three axis Gyro sensor which is capable of detecting angular velocity is all x, y and z axis. By sensing the angular rotation in all these axis, Gyroscope helps to maintain balance and keep things in level. More about Gyroscopes in detail. 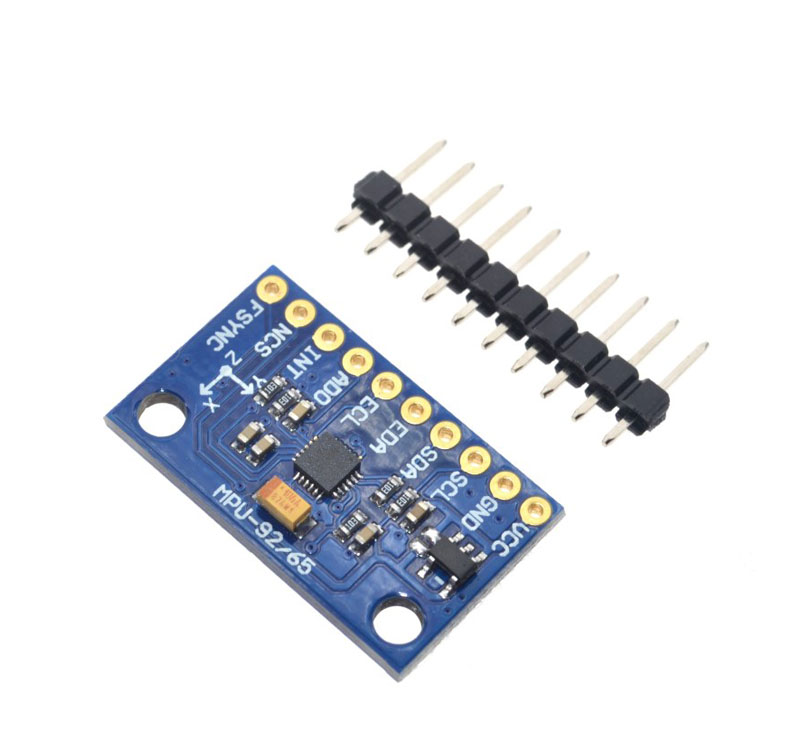 These are the ones which can be used to measure acceleration in other words rate of change of velocity. These sensors can also sense gravitational pull because of the force it exerts on all the things on earth. Therefore it is used in acceleration, Orientation and vibration sensing applications. This sensor usually measures acceleration by means of capacitance between plates that’s internally set up. Here some plates are fixed while other plates were set up in a way it moves when forces act on it. When the plates move it affects the capacitance value and therefore changing the output reading. There are sensors which use piezoelectric crystals which generates voltage when forces act on it. Read more about it in detail. 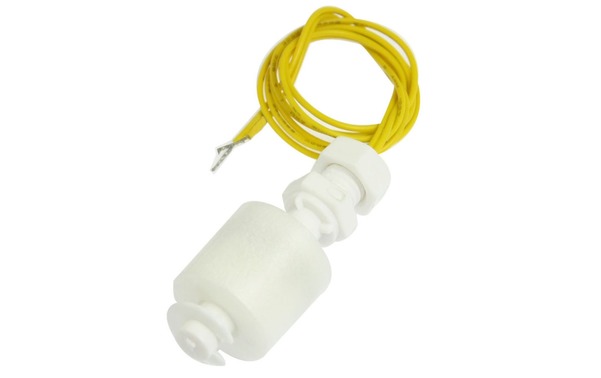 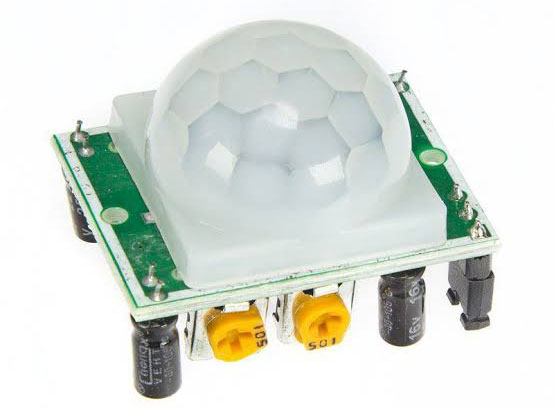 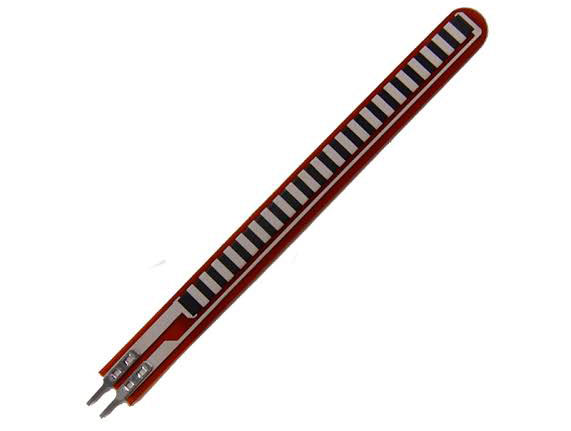 This is the sensor which senses when it is being stretched or bent or any sort of physical force is applied on it. Attach it on any object where you need to sense when it is being bent or flexed. The flexibility is calculated based on the change in resistance, when the sensor is bent. As the sensor is bent to a greater angle the resistance increases accordingly and allows to calculate the amount of bent angle in the sensor. This sensor is used in the applications related to the impaired and old people gadgets.

We will update this page frequently with more sensors, do bookmark this page and come back later

We have come to the end of this long list of most commonly used sensors. But with new type of Sensors coming to the market frequently we will be adding more sensors to this list. If you feel we have left out any important sensor in this list do comment in the below section. Also kindly share your thoughts and feedback about this list.