Gadgetronicx > Electronics > Electronic Tutorials > Inductor: Working and how to use in practical Circuits

Inductor: Working and how to use in practical Circuits 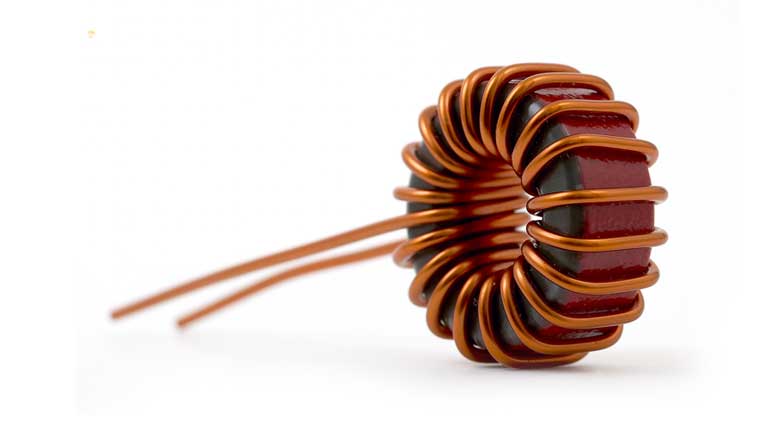 Inductor is a passive component in Electronics and considered most important one after Resistors and Capacitors. Speaking of Inductors, it is nothing more than a wire wound tightly around a core. This tutorial is written to provide good understanding about Inductor working and how to use them in practical circuits. This tutorial focuses on three important questions that an enthusiasts will have about Inductors.

By the end of this tutorial you will have a good understanding about Working of Inductors.  Also you will be able to recognize the use of Inductors in any circuits you will see. You can check out our tutorials about other components

WHAT IS AN INDUCTOR

As already stated Inductor is nothing more than a insulated wire that is wound tightly around a core. This core can be of Ferromagnetic material or plastic or in some cases hollow ( air ). This relies on the principle “Magnetic flux develops around a current carrying conductor”. If you know about Capacitors you will be familiar with the fact that a Capacitor stores energy by storing equal and opposite charges in its plates. Likewise Inductor stores energy in the form of Magnetic field developing around it. Inductors react differently with AC and DC. But before digging deep into the “Working of Inductors”. Let’s see about its construction and characteristics. 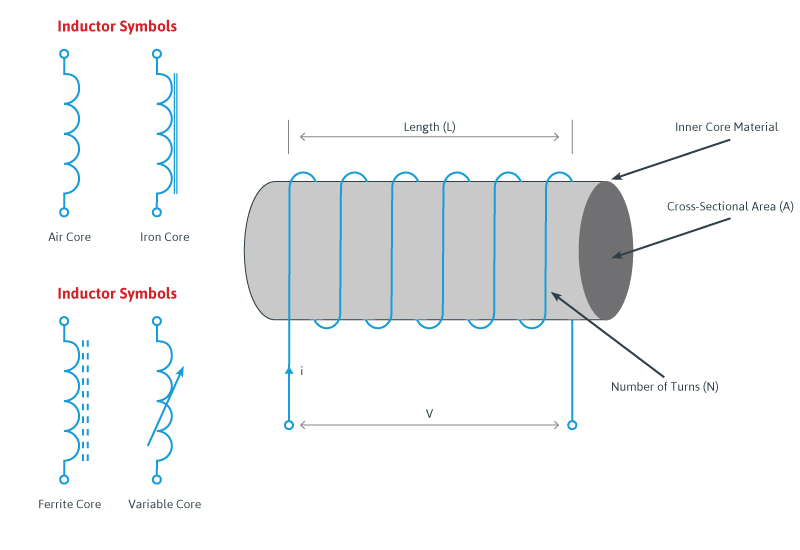 Inductor is pretty simple to construct out of all other components used in Electronics. Here is a guide to make a simple Inductor. All it takes is a insulated wire and a core material to wound the coil. Core is nothing but a material on which the wire is wounded as shown in the above diagram. There are different types of Inductors based on the core material used in it. Some of the common core materials used is Iron, Ferro magnets and so. Apart from the types of core material, it comes in different size and shapes from Cyclindrical, Rod, Torroid and Sheets. In contrast to this there are also Inductors which doesn’t have any physical cores. They are known as hollow core or Air core Inductors. The core plays an important role in altering the inductance of an Inductor.

HOW DOES AN INDUCTOR WORK

Let’s start with stating the fact “Magnetic flux will be developed across a current carrying conductor”. Likewise when current is applied through an Inductor, it develops magnetic flux around it. In other words energy applied to an Inductor is stored in the form of Magnetic flux. The direction of Magnetic flux developed will be in opposite to the direction of flow of current. Therefore Inductors resist sudden change in current flowing through it. This ability of Inductor is termed as Inductance and every Inductor will have some inductance in it. This is given by the symbol L and measured in Henry.

L – Inductance of the coil

μ – Permeability of the core material

A – Area of coil in Square meters

N – Number of turns in coil

As stated earlier Inductor acts differently to AC comparing to DC signal source. When AC signal is applied to Inductor, it produces a magnetic field which is varying in time because the current producing the field is varying in time itself. This phenomenon according to Faraday’s law produces a self induced voltage across the Inductor. This self induced voltage is denoted by VL. In fact the voltage developed across the inductor act on the opposite direction to the current flow resisting them. This voltage across the Inductor is given by the formula

di / dt – Change in current with respect to time 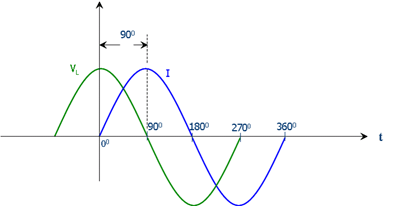 This cycle repeats itself and from the above graph we can observe that Induced voltage developed in an Inductor will act against the changing current flowing through it. And here Voltage and Current is said to be out of phase by 90°. Thus with an AC signal the Inductor stores and releases energy in the form of magnetic field in a continuous cycle.

We now have an idea of how Inductor works with AC signal source. Let’s take a look at how it reacts when used with DC signal source. Recall the induced voltage formula across the Inductor is given by

Another important thing to know about Inductors is Reactance. This is the resistive property exhibited by components like Capacitor and Inductor to Alternating current signal. The Reactance exhibited by Inductor is called as Inductive Reactance and given by the formula

From the equation you can deduce the Reactance increases with the frequency of AC signal, remember Inductor hates changing current so it exhibits more reactance to high frequency signals. Whereas when the frequency is close to zero or DC signal is pass through Reactance becomes zero acting like a conductor for input signal to pass through.

Now we have came past the slightly boring and vague Inductor working section. Let’s learn how to use Inductors in Circuits. To do this let’s take a look at its applications. Applications of an Inductor is the most exciting part of this tutorial. This section discuss the most important applications / Circuits where Inductor is used. If you find Inductor in a Circuit anywhere , there is a high chance that it falls under one of the below uses of Inductors. 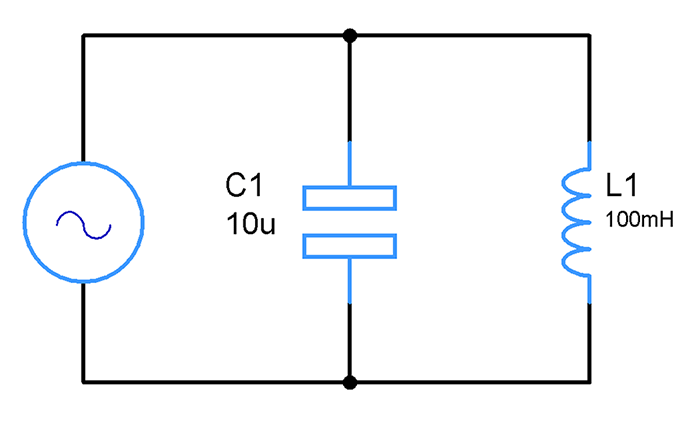 These are circuits that is used in Radio transmitters, Receivers, Oscillators and applications where frequency selection is important. Here Inductor works along with Capacitor to operate. If you know about working of a Capacitor you know that it exhibits high reactance to low frequency signals whereas Inductor offers high reactance to low frequency signals. In this circuit the Inductor and Capacitor value should be selected in such a way it provides equal reactance at a given  incoming frequency. This state is said to be Reasonance and the related frequency is referred to as Reasonant frequency. At Reasonance this circuit is capable of generating signals of associated frequency to act as an Oscillator or receive signals of this frequency from a complex signal.

When the Capacitor in this circuit is charged, it stores charges between its plates. Once the supply is cut off, the current from Capacitor passes through Inductor resulting in developing a magnetic field around it. By this time charge stored in Capacitor would have depleted and current stops flowing to the Inductor. As we know Inductor loves steady current and as a result it will try to keep the current flow steady by collapsing its magnetic filed and enable the current flow back to Capacitor. The Capacitor will be fully charged again. The charge flows back and forth between Capacitor and Inductor resulting in generating signal of fixed reasonant frequency. 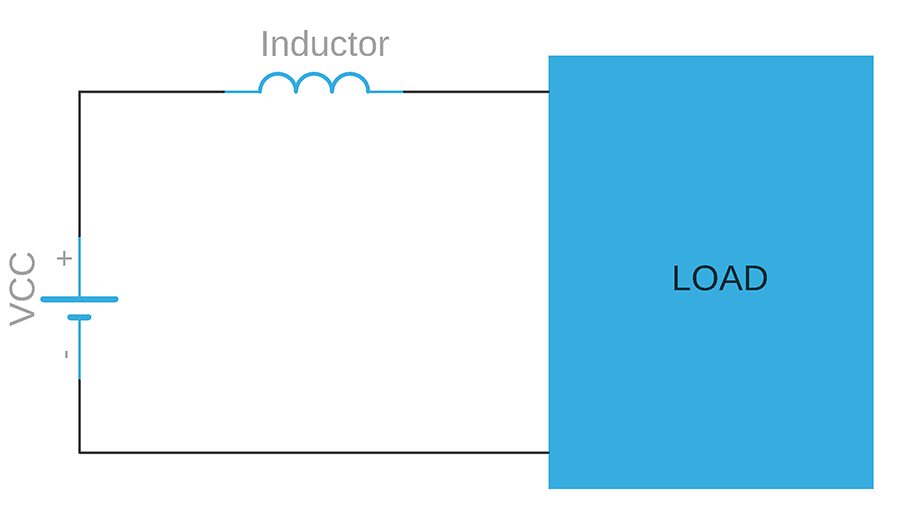 Inrush currents also known as Surge current or Input surge current is pretty much capable of destroying circuits. These are instantaneous currents drawn by a load or electrical device as soon as it is turned ON. Astonishingly this inrush current can be 40 to 50 times higher than steady state current and potentially capable of destroying devices. Inrush current usually occurs due to instantaneous high current required by high value capacitors, Transformers to operate and must be prevented from reaching the equipment.

Inductor is widely accepted way to prevent the inrush current from damaging the circuit. When the circuit is turned ON the instantaneous high current which is changing with respect to time flows. Inductor opposes this change in current by developing a magnetic field around it which builds up a self induced voltage which opposes this high current from the supply. After for a moment when the current returns to steady state the magnetic field collapses and release the stored energy into the circuit in the form of current. Once the current becomes steady DC the Inductor will no longer oppose it and offers free path to the current flow through it.

These are special type of circuits used to filter or eliminate signals of undesired frequency and only allows signals to pass through within the desired limit. Using Inductor along with passive components like Resistor and Capacitor we can build three different types of filters that can serve our signal filtering purpose. 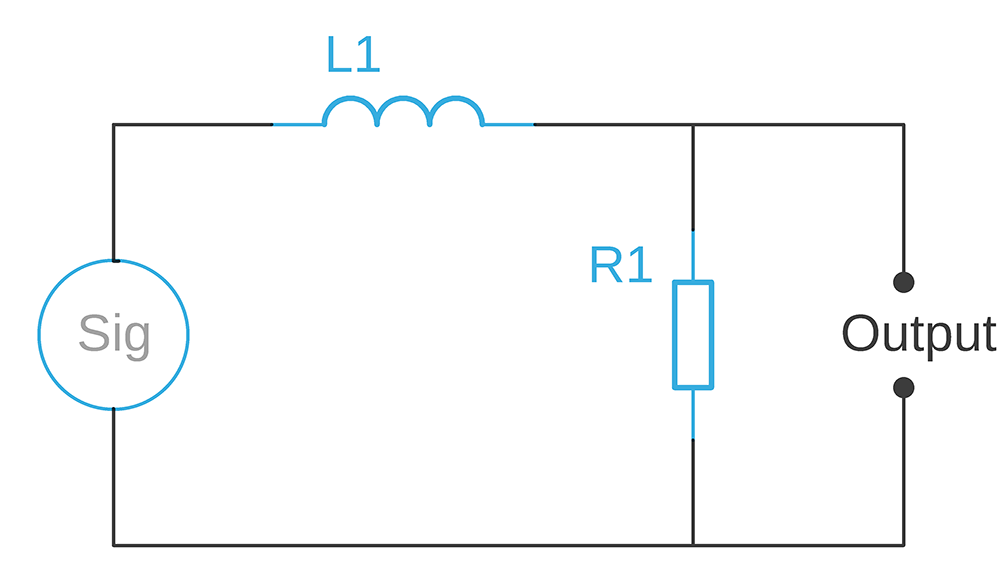 What happens in this filter is when the incoming signal is of high frequency, the reactance exhibited by Inductor will be very high. Reactance is decided by the Inductance value and frequency as we have seen in the formula XL = 2πFL. The inductor along with resistor forms a voltage divider where with higher frequency higher the inductor reactance ( resistance ) will be. Higher reactance enable Inductor to attenuate signals effectively and therefore at the output will be zero voltage or close to zero. 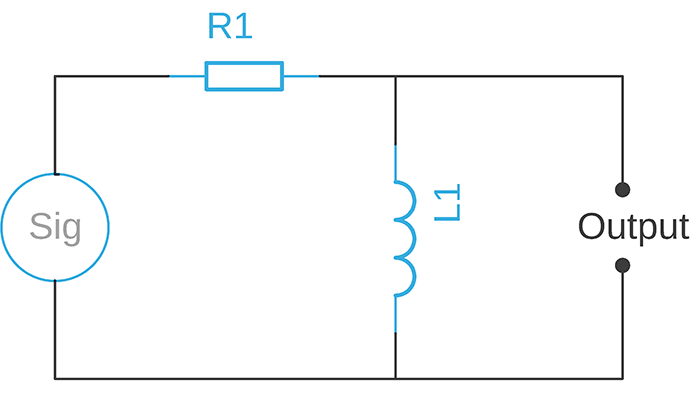 Here in this High pass filter the places of Inductor and Resistor has been swapped. This filter only allows high frequency signals to pass through in contrast to low pass filter.  Here signals with frequency higher than cut off frequency will be allowed. And signals with frequency below that will be attenuated / blocked. When signal of low frequency is passed through the circuit the reactance exhibited by Inductor will be very low comparing to resistance of Resistor, therefore voltage drop across resistor will be very high and output signal will be zero or close to zero. 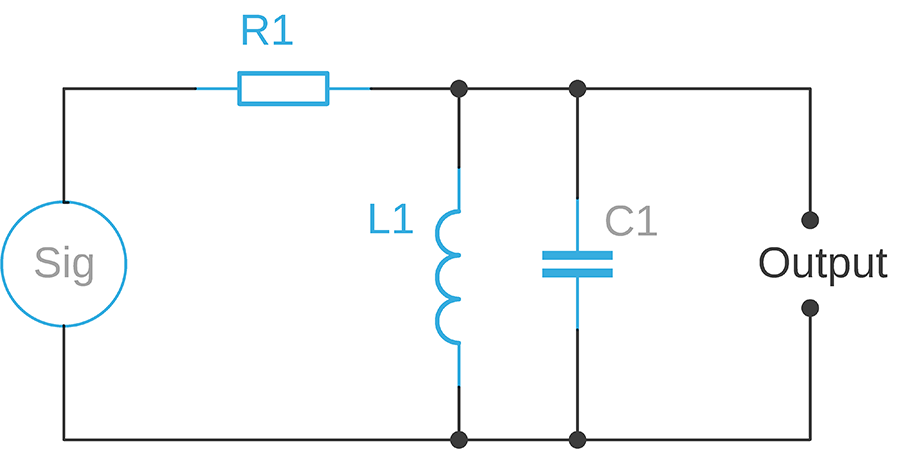 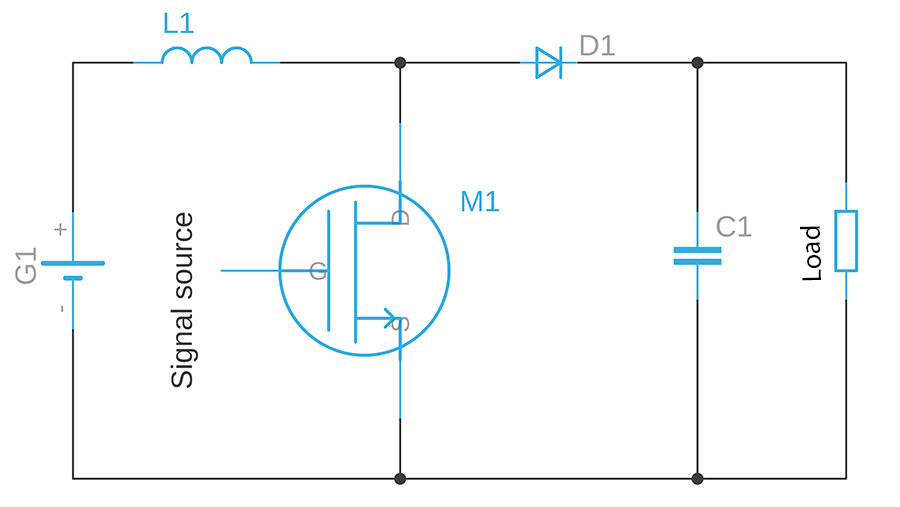 Voltage Boosters are circuits that is used to boost the incoming voltage to a certain level. It exhibits higher voltage in the output than the input voltage. Inductors are most important thing in voltage booster circuits due to their property of developing self induced emf when current of alternating nature flows through it. The above shown is a typical Booster circuit where a DC supply is supplied to the Inductor. On the other hand a MOSFET is connected to it. The MOSFET will be turned ON and OFF at steady intervals by a signal source.

When MOSFET is turned ON the current flows from power supply to Inductor and then flows through the MOSFET. This develops magnetic flux as well as Self induced voltage across the Inductor. When MOSFET is turned OFF by means of signal source it leads to reduced current flow. Inductor will now attempt to keep this current flow steady. As a result Self induced voltage switches the polarity forcing it to act like a voltage connected in series with power supply G1.

You can find tutorials about other Electronic components in our website here. We will be publishing more Electronic tutorials in the future. Do Subscribe to our Newsletter and follow us via Social media channels to get regular updates from our website. If you have any doubts that need clarification or further explanation do leave your questions in the comment box below. Or if you believe we have missed something important in this tutorial do let us know, we will add them.