What is Freeform Electronics 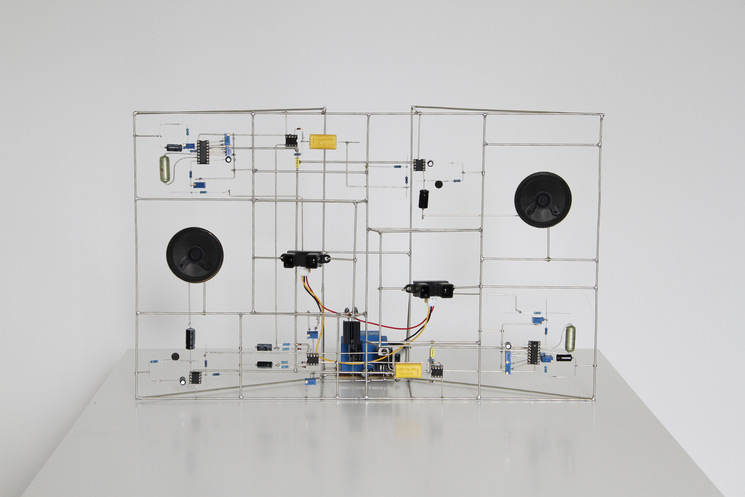 Freeform electronics, as the name implies, is a unique style of building electronic circuits. This method of circuit construction is not only intended for its functionality, but also for its inherent aesthetic value, its challenging nature and enjoyable journey from an idea to a finished product. Various styles within freeform electronics go under different names, such as “dead bug”, Manhattan, or air-wired. This article is intended to be an introduction for those who are not aware of, or want to learn more about freeform electronics.

In the beginning, freeform electronics didn’t start out with the intent to build something to please the eye. Originally it was practiced as a quick way of prototyping without having to design and manufacture PCBs. Circuits built in the “dead bug”-style also benefits from having a copper plate beneath it, which offers efficient grounding and reduced electromagnetic interference. This made freeform styles popular among radio enthusiasts during the 80s, no matter how bizarre the circuits might have looked.

Later these techniques were adopted and developed for aesthetic purposes by artists such as Peter Vogel, Walter Giers and Alain Le Boucher. 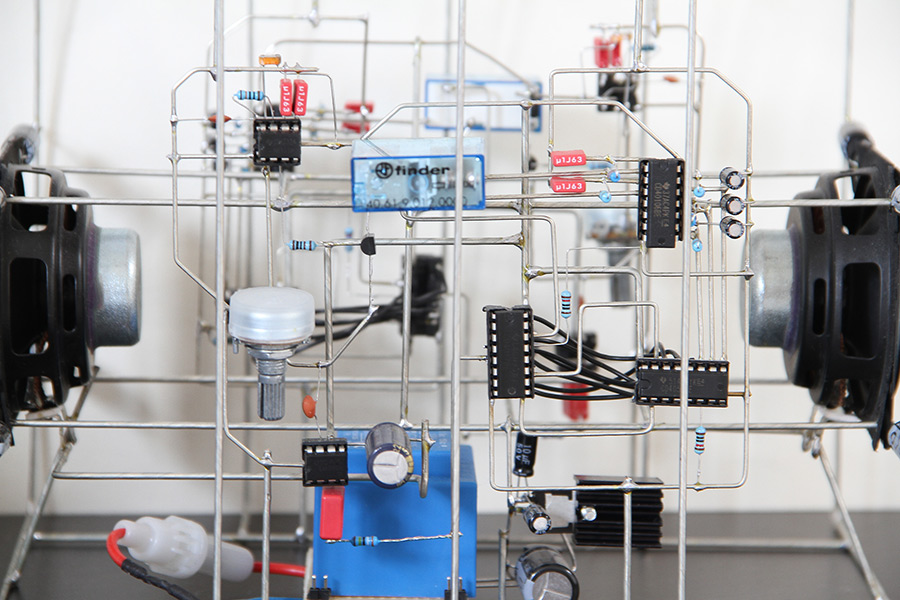 The picture above is from one of my sculptures named Cubic #2. It is an attempt at recreating the structure of a PCB, but without the copper-traced substrate. It was designed in Eagle as a normal PCB and later developed into a three-dimensional object.

Freeform circuits have their limitations, such as limits in complexity, weight and electrical precision. The long copper wires used in these constructs can work as unintended antennas, which is particularly problematic in circuits that include audio amplifiers, as they will amplify any noise picked up by the wires. Noise can also be generated by the mixing of analog and digital grounds, which can be hard to separate depending on the shape of the construction. The weight issue speaks for itself. Imagine having a transformer hanging from a couple of 14 AWG copper wires while trying to keep the mechanical structure intact. There is a point to be made about trying to balance the weight across the entire sculpture.

I hope this article will have given you some basic understanding about freeform electronics, why it is practiced and what the limitations are. If you are interested to learn more, have a look at my website www.eirikbrandal.com or my Instagram page for more of my freeform builds. Looking forward to know your thoughts and feedback about this article!