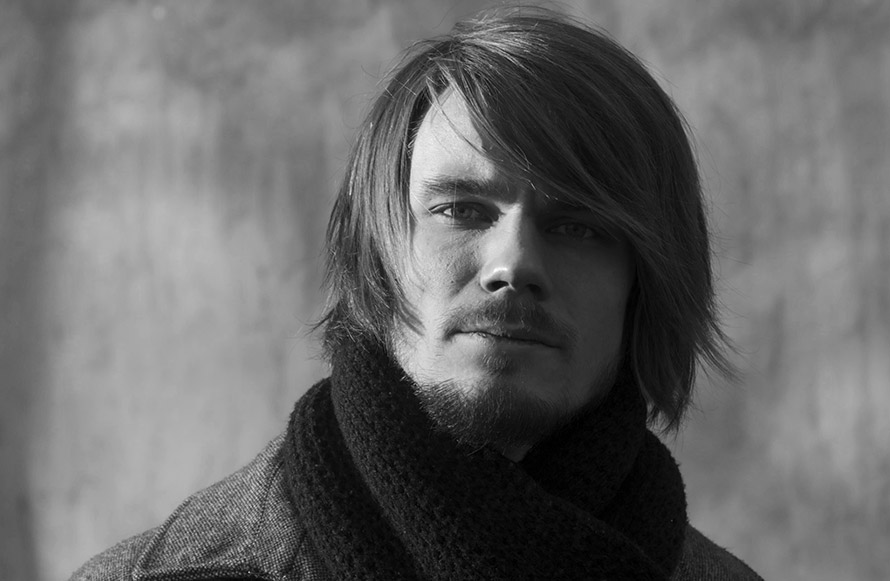 Eirik Brandal is a composer turned artist specialized in building sound sculptures using Electronic components. He is an expert in Freeform Electronics building some adorable structures out of components. He has kindly agreed to answer some of our questions as part of our special series “Meet the Makers” where we will get a glimpse into his artist life and what inspired him to get into Electronics. Let’s get to it.

Q1: A few words about yourselves

I was born in Stavanger, Norway, and later went abroad to The Netherlands to study composition at the Royal Conservatoire of The Hague. I was quite into electroacoustic music and things like that already then, and luckily there was an easy passage between the “traditional” composition programme there to the electronic music and signal processing classes at the Institute of Sonology hosted in the same building. After I finished my Master in composition, I moved to Riga where I have lived for three years now.

Q2: We know you are a music composer turned artist, how did you get into Electronics from being an artist ?

As I said, I was interested in electroacoustic music already before I moved to The Hague, which was in 2011, and I was also quite into spectral music – which is sort of a natural approximation to sound synthesis anyway. I guess both of these worlds collided in the chase after new and interesting sounds. Later you realize of course that very few sounds are interesting by themselves, you have to present them in a way that make them interesting, which is why composition is such an artform in itself and there are so many different approaches to composition. The early experiments with electronics were due to a growing interest in analog synthesizers, which offered a more tangible way of creating something compared to how it felt to work with a computer. I also think the room for error and the occurrence of pleasant mistakes made the whole experience of creating something more enjoyable and less reliant on getting carefully plotted numbers in my computer to feel right. I’m also very driven by learning as I’m doing, so to dive into a whole new world of analog electronics was very satisfying in the sense that I got the double reward of both learning something new as well as creating something.

Q3: Art & Electronics both are quite different , how did you managed to blend them both and make a new creation about it ?

I wouldn’t say art and electronics are very different at all. Artists always look for new directions in which to take their work, and technology offers plenty of such directions. The core elements in my work are actually quite traditional – you have the sculpture, and you have the instrument, both of which have been around for as long as humanity. The choice of using electronics as construction material makes it easy to combine both the visual and the sonic world into one, and even that has a long history and a whole list of various artistic-minded contributors. From a utilitarian perspective, the freeform construction style have been used in many different settings, such as the Manhattan, or dead-bug style in early radios and point-to-point wiring in tube amps. Beauty is in the eye of the beholder, and to me, most of the creations where these construction techniques have been applied are artworks in themselves.

Q4: “Electronic Sound Sculptures” could you shed some light on it for our audience ? 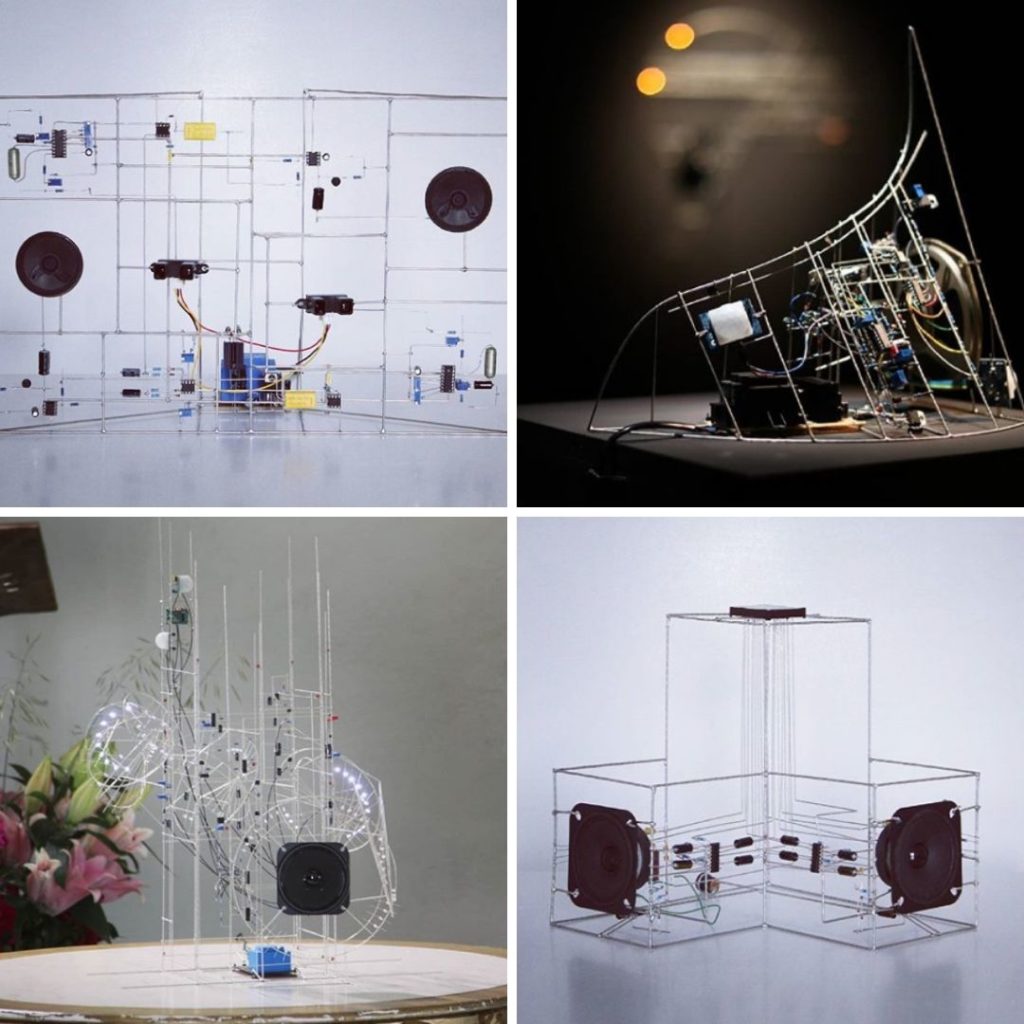 It’s simply a collective term for sound sculptures that are electronic in nature. Not all of my sculptures make sounds, however. Some of them are light sculptures, where I use LEDs to produce various patterns, either as the result of an internal process or based on external interaction.

Q5: What inspires you to build these sound Sculptures ?

I guess almost everyone involved with both art and electronics at some point have thought about making sculptures with electronic components – it’s not really a unique idea at all. I guess my early inspiration came from looking at the existing works within the genre of freeform electronics, from artists such as Peter Vogel, Alain Le Boucher, Leonardo Ulian, Gislain Benoit, Walter Giers and Ad van Buuren, the list goes on. These days I’m thinking more of how I can continue to develop further on the base that all these people have in common.

Q6: What is your dream project or fantasy sound sculpture you want to build?

It would have to be something huge in size, something that fills an entire room. With the issues of transportation it would probably have to be site-specific and would take years to make, but I can’t think of anything more interesting.

Q7: What’s your view on the coexistence of art and science together ? These two can vary by a huge scale, how do you see their coexistence ?

This goes back to the earlier question – I think science can be a driving force for many artists who are looking for new possibilities, and that goes the other way around as well. This is not really my field at all, but there are a lot of questions to be asked about the moral boundaries of science. I currently have an exhibition ongoing at the Kapelica Gallery in Ljubljana, Slovenia, and while I was there there was another artist, Theresa Schubert, who was working on growing human flesh from a piece of her leg. I think they ate it. In any case, this is the sort of stuff that wants to test how far you can go with science before people riot in the streets.

Q8: QDoes the process of learning Electronics ever driven you crazy ?

Only the stuff that involves programming. By trial and error I have been able to figure my way around the analog aspects of electronics, but once I involve something that requires code, there’s a whole established set of rules that requires a different mindset altogether.

Q9: Have you ever been so close to quitting ? If so how you overcame that ?

From a financial standpoint, maybe. But I’ve been lucky with opportunities popping up at the right times which keeps me going. I try to have fun with what I’m doing. There’s no point in being frustrated, and I like the “logistical” challenges of both the electronic and architectural parts of my work.

I can’t call myself an engineer, so I don’t have any advice for that lot. For the rest – only yourself can determine whether what you are doing is worth your time or not.

Hope you enjoyed this interview and I strongly believe that Erik’s words was a great inspiration to you. We will meet again in another episode of “Meet the Makers” with yet another inspiring maker.