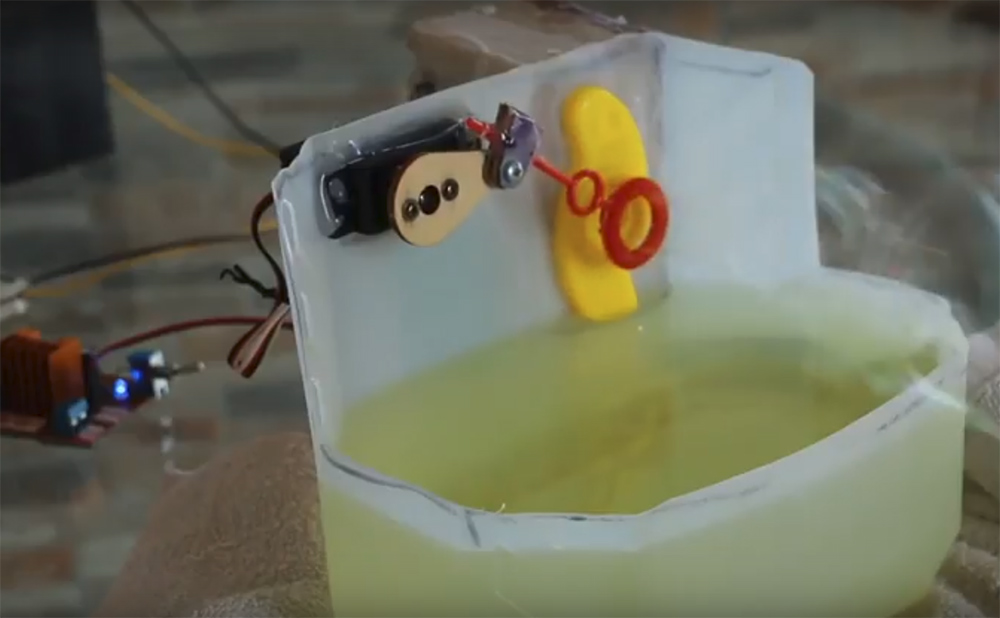 I was having fun blowing bubbles with the kid on the balcony, the kid kept on wanting more and more bubbles and I was out of air – then it hit me – I got build a machine that will do it for me. When doing DIY projects I do my best to not buy and parts, but to reuse, or fabricate the parts I need. So with this in mind I started taking things out of the drawers. Today I would like to share how I built this bubble machine and code for it in this article.

For this build I knew I needed a big container for the water, so I took a 5 litre water container. I cut the top part out, leaving a back to it so I can attach the servo to it. The servo and the dc motor I scraped out of a DIY RC car I had in my drawer. I took the dipping stick out of the kids game and last but not least I took an Arduino like board.

The board I took was also from that same RC car, and it’s called dagu, and the main reason I choose it was the fact that it has an on board H-Bridge to run the DC motor. My first step was the servo at the top part of the container, and then attach the dipstick on top of it. 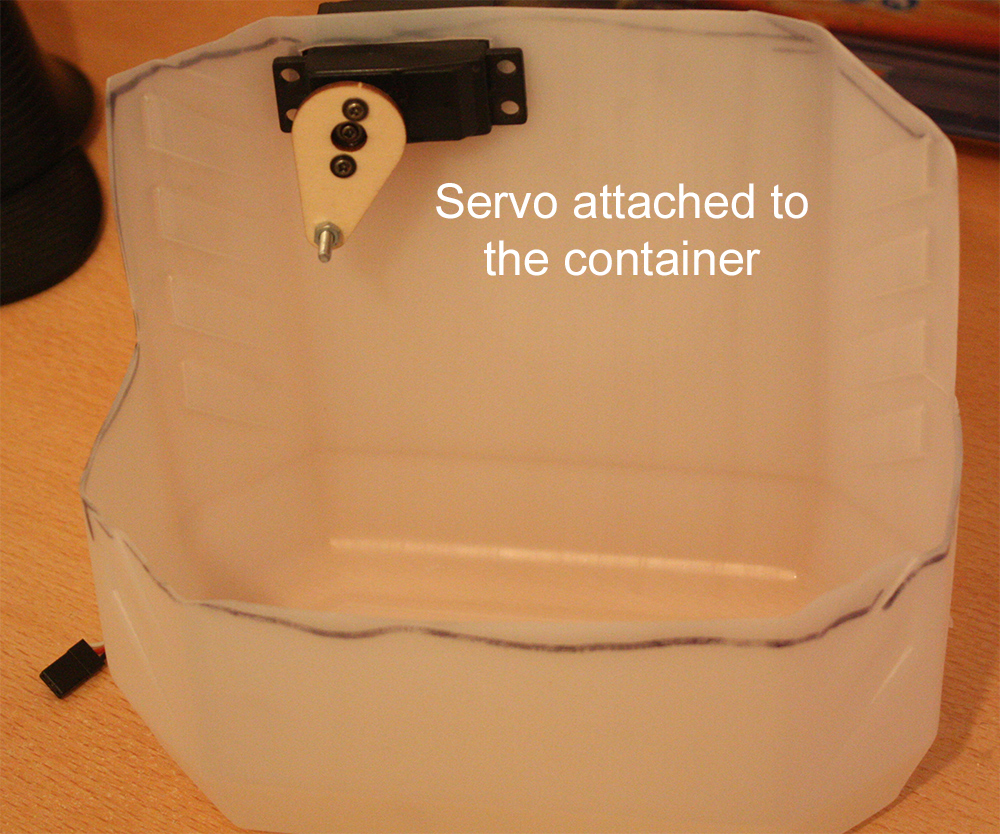 Then I connected the board to the servo and ran some test, making sure the servo it doing only the movements I needed, going into the water and then sticking out parallel to the water, where the fan is located.

FAN MADE OUT OF CARDBOARD: 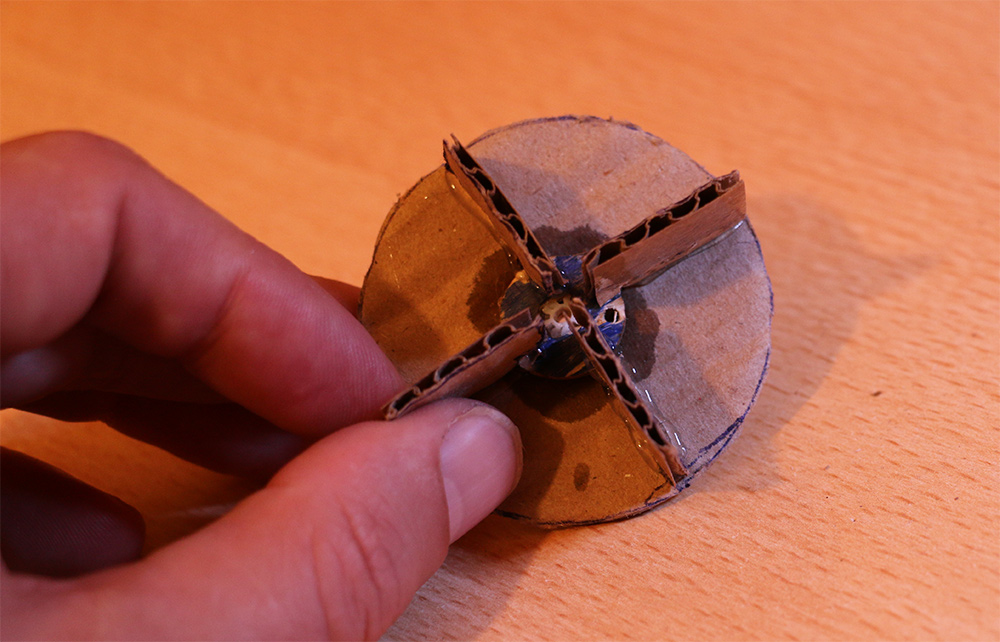 Once I got the servo doing its thing, I turned to creating a fan so I can push air to make bubbles. I had several attempts, I tried an old laptop fan, it semi worked, then the motor just died on me. So my next step was to create one myself, I took some cardboard, created a round disk and 4 “wings” glued them all together and placed the disk on top of the motor shaft, creating an enclosure around it. This setup was ok, but was done in a sloppy way and there for was not balanced and made a lot of noise. Few weeks after that, the machine got some water damage (left outside on the balcony in the rain) and I had to rebuild it.

For power I used a 12V battery I scraped out of a UPS, with a step down to 5V to meet the need of the board once I got it all in place, I went to make a code for it all. Note, my board did not had a USB port on it, and in order to upload code to it, I first used a SPI programmer, then later on I burned a bootloader on it and used an FTDI to upload the code, you can see all about it in this video.