IOT is growing rapidly and we are not far from days where our machines can interact with each other and act accordingly. In fact we will be left behind if we don’t adapt or learn this amazing technology. Here is a list of 10 best IOT hardware platforms which will help us to learn and prototype IOT devices and stuffs.

This list was compiled after seeking experts opinions, conducting polls, forum discussions and much more. Therefore it reflects the choice of many Embedded Programmers and designers. I believe this list will help to choose the perfect platform for  you. 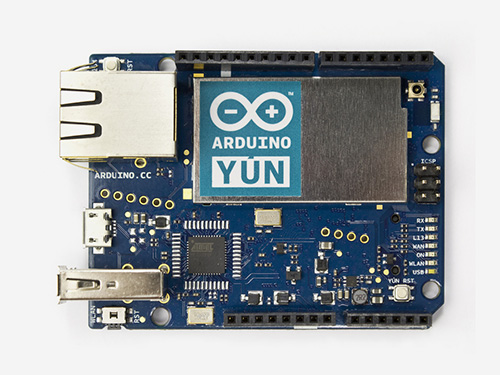 Arduino Yun is a hybrid board which has inbuilt Ethernet and Wi-Fi connectivity features. This board is powered by ATmega32u4 which handles USB communication whereas the powerful Atheros AR9331 which handles the Wifi and Ethernet interfaces and comes with a Linux distribution based on OpenWrt. There is no need to add external shileds and interfaces for providing internet connectivity. Also you will get tons of technical support from its huge community. This makes Arduino Yun a great platform for developing IOT projects. 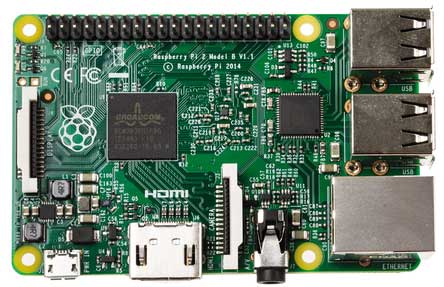 Raspberry Pi is a credit card sized computing platform which runs on linux platform. This board features USB ports for keyboard and mouse, a HDMI port for display and an Ethernet port for wired internet connectivity. However for wireless connectivity we need to go for Wifi adapters which we can get it from the market without any trouble. The vast community makes it perfect to develop IOT projects since we get plenty of hands when we stumble. 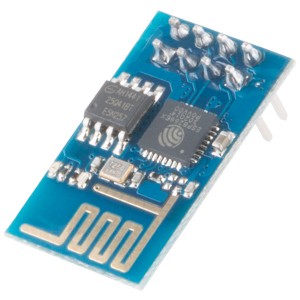 ESP8266 is a Wi-Fi module that is capable of providing internet connectivity to any microcontroller through UART communication. Also it comes with an integrated TCP/IP protocol stack. Each of these module comes pre programmed with AT commands making it easy to plug and play for IOT projects. This module also can also be used for specific application devices and sensors by using its GPIO pins. 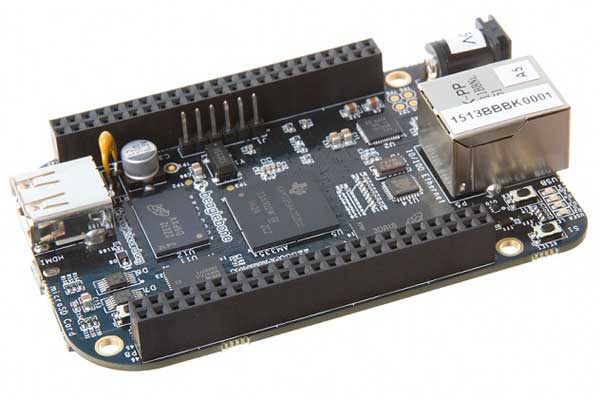 Beaglebone Black is a pretty famous low-cost development platform built around ARM Cortex A8 processor. It runs on Linux environment just like the Raspberry Pi. This board has in-built Ethernet Connectivity feature along with HDMI port to connect a monitor to work on. The robust community of Beaglebone makes it outstanding and viable solution to learn and built IOT projects. 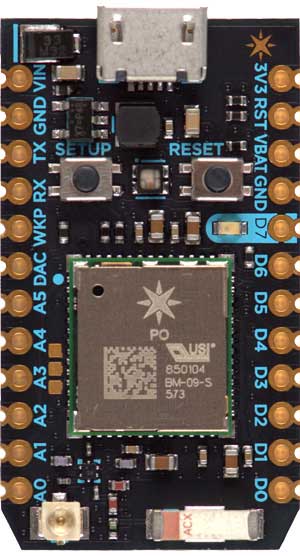 Particle.io (formerly known as Spark Core) Photon and Electron is a Wi-Fi enabled IOT hardware platform. It was built using powerful STM32 ARM Cortex M3 and Broadcom Wi-Fi chip . The striking feature of this Particle products is a website cloud platform that allows user to send and receive data seamlessly from anywhere rather than only accessing data from your local network. 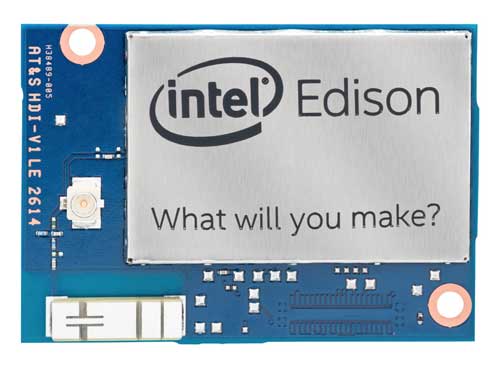 Intel Edison is a tiny development platform  featuring a Intel Atom CPU and 32 bit Intel Quark microcontroller. This tiny board carries all Wi-Fi and bluetooth modules for connectivity and thus requires no external modules to do so. Also it carries other striking features such as UART, SPI, I2C, I2S, GPIO and SD card support. 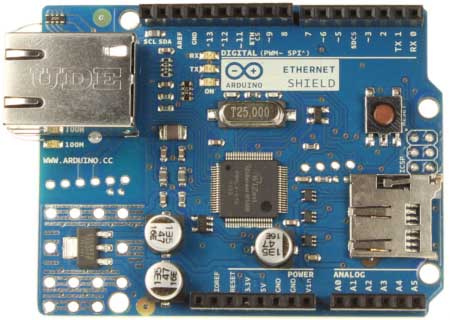 Arduino is pretty familiar in the world of prototyping however only some boards have inbuilt internet connectivity. Meanwhile while other Arduino boards can be used with a external shields to provide the connectivity. You can use Ethernet shield for wired connections and Wi-Fi shield for Wireless connection to the internet. Arduino is significant tool in IOT development because of its robust community. 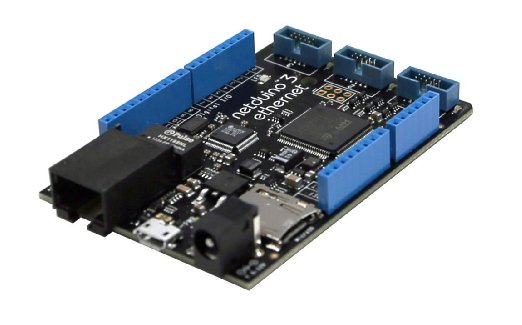 Netduino is an open source electronics prototyping platform build around STMicro STM32F4 controller and runs in .NET Micro Framework. Special versions of this Netduino Ethernet and Wi-Fi certainly gives an edge for IOT developers and enthusiasts. Ethernet board equipped with inbuilt Ethernet connectivity and Wi-Fi connectivity for the Wi-Fi board. Other features such as UART, I2C, SPI and SD card connectivity adds flavor to it. 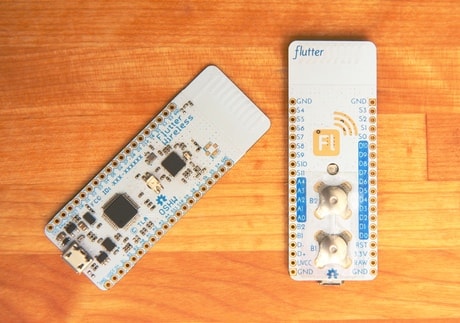 Flutter is a basic radio board powered by SMART SAM3S Cortex-M3 processor provides a range of about half a mile. This board lets users to develop mesh networking protocols and connect devices with least power expense. It is also equipped with ATSHA204 crypto engine to keep the data transmission safe. 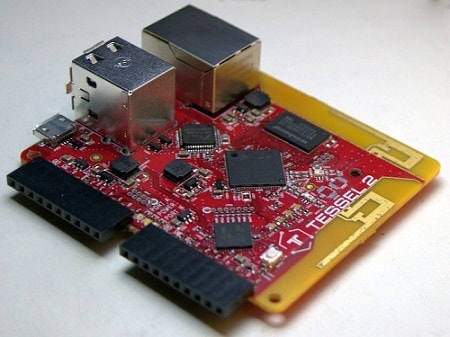 And that’s the end of 10 best IOT hardware platforms to learn and prototype devices. I hope this list might have given some idea about the platforms. However do remember there are plenty of hardware platforms available in the market and this article only listed out handful, famous and most preferred by users. So do make research on it and make sure the platform meets your needs. All the best and happy building.

Hello
which on is the best hardware of this list for parking project’s?

Abolfazl,
Sorry you need to be more elaborate with your project requirement to offer suggestions

Have you heard of Tibbo’s TPS as well as the EM2001 board? The award-winning DIY modularized automation platform. Its truly the best on the market for IO prototyping at the moment

Where is Banana Pi/Pro in your article?

What does “IOT” stand for? Can not find on google.

You cannot find it in Google?? Am shocked. Anyway IOT stands for “Internet Of Things”.

As i told this list was a result of suggestions from many people.

Rsuinux,
This list was the outcome of Experts opinions, polls and forum discussion. As i have mentioned still there are plenty of good IOT platforms available but unfortunately we cannot pick all those and make a list. However it will be great If you can mention some highlighting features about “Cubiboard” in this comment box ,it will be useful to the readers.

Raspberry pi is not open source.