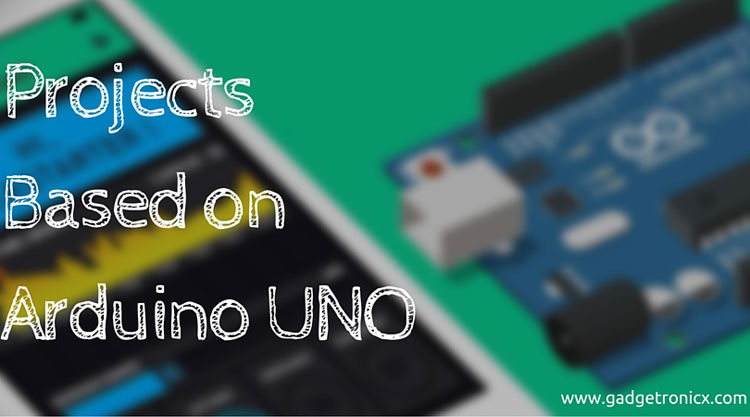 The Arduino UNO microcontroller has opened a world of possibilities up for designers and engineers. Anyone one with a little know-how and imagination can turn their dream project into a reality. Thanks to this game changing single-board microcontroller. The Arduino was created in 2004 and quickly rose to prominence due to its easy to use coding system, affordability & ability to work with simple parts. Naturally, this has led to a lot of wildly experimental projects from both design students and experienced electrical engineers. Below listed are 5 cool projects made using Arduino.

An iconic Back to the Future scene came to life when blakebevin developed the first auto lacing shoe. The first iteration was a clunky yet a functioning pet project originally intended just for fun, but now 5 years later the shoes are nearly at a marketable stage, delighting not only film buffs, but also those who can see the benefits of a self-lacing shoe for the disabled & elderly.

World Mood Light Box lets its user stay in touch with the world as it changes color to reflect global news. While it sounds complicated it really is only LED light and an Arduino microcontroller hooked up to twitter. It monitors common words and phrases associated with the social media platform. Then it adjusts its color to match the frequency of these phrases being tweeted. If the world is generally tweeting scared words the box will show a white light, sad – a blue light, happy – a yellow light, etc. It is even programmed to flash if a particularly strong surge of ‘emotion’ is tweeted, as an indication that a major event has took place. Perfect décor for a news junkie!

Biking is always a hazardous pastime with aggressive motorists not always giving bikers space or respect on the road. This project aimed to provide motorcyclists with more visibility by hooking up an Arduino controller with LED lights to create a jacket with turn signals. Since this Signal Biking Jacket project was posted, variations on the idea have been produced commercially using malleable electronics and washable materials, proving that innovative ideas can become a real viable business.

This surprisingly easy to set up system use a twitter notification to turn on your coffee maker. En route after work, in the car or even if you are simply too tired to get out of bed, you can fire a tweet to your coffee maker and it will start to brew up a pot. One of those fun projects that we like to giggle at, but no doubt we’ll all be using one in a few years time.

The Arduino Xylophone is based on the Arduino UNO, which detects a note when struck by you. Then generate a MIDI output. For making this awesome project, you will need things like Arduino UNO, Circuit board and few electronic components. Of course the Xylophone is used to create music. So this self-made Xylophone will make you relax and give relief from stress. The sound of the Arduino Xylophone can have a range from a piano to a guitar, based on your skills and perfections. It is an awesome project to get relief from stress and test your skills as well.

Hope you all have enjoyed these 5 cool projects using Arduino. These are just a few amazing small projects based off the Arduino UNO microcontroller. As more creative people embrace the endless possibilities that are achievable with this stunningly simple technology. We will be seeing a lot more very cool, fun and sometimes genius products emerge.

hi can you make project of scada system ??
Like using arduino Uno + ethernet shield for controling Over web page or interface graphic

Chouaib,
Controlling arduino over a web page can be done. But i don’t have much idea about SCADA system you are referring to