Gadgetronicx > Electronics > Things to know when working with LED

Things to know when working with LED 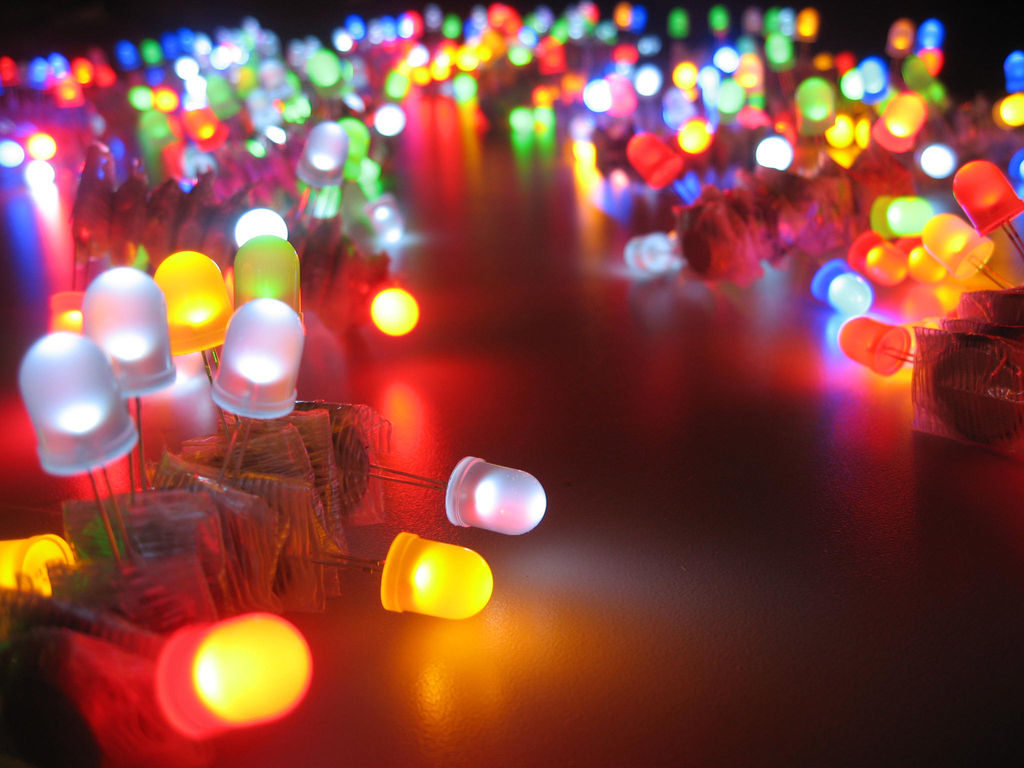 LEDs or light emitting diodes is a special type of diodes that convert electrical energy into light. They are, in essence, really small light bulbs that are the most energy-efficient lights around. Most LEDs consist of 3 main chemical elements: Gallium (Ga), Arsenic (As), and Phosphorus(P). Different-colored LEDs have some additional semiconductors added to them to achieve the desired color (wavelength), but the GaAsP types are the most common.

How to Use Them

LEDs are P-N junction diodes, which means that they will only allow the current to flow in one direction. Luckily, if you plug them the wrong way, they won’t break, they just won’t work. LEDs have two electrodes: the Cathode(-) and the Anode(+). Luckily, the Cathode is easily recognized because manufacturers tend to make it a bit thicker and shorter than the Anode. Yet, there are some manufacturers that keep them looking the same. So the only way to check the polarity of similar-looking electrodes is by using a multimeter. When working with LEDs, it’s important to not panic if plugging in one diode causes the whole circuit to stop working. That just means you have to reverse the polarity – flip it around and see what happens.

One problem with working with LED diodes is that when attached directly to a current source, they will use up all the current they possibly can, which will lead to them burning out almost immediately. This is solved by a part that may or may not come integrated into the LED – the resistor. Their purpose is to stop the LED from drawing too much current at once. The best way to go about the LED circuit is by trial and error. When the resistor is plugged into this circuit, the result should be a LED that shines not too bright and not too dim. However, if it flickered and then went off, that means it burned out and you need to replace your LED with another one and pick a different resistor.

Different wavelengths determine the color of your LED lights. The visible spectrum ranges from deep violet to red. Depending on the client’s wishes and the atmosphere they want to achieve in their space, it’s important to study in detail which wavelength produces which color and color tone.

LED brightness is measured in millicandela, or mcd, which is a standardized unit that measures the intensity of the light source. For instance, a 200 mcd LED would be just bright enough to illuminate the space and catch your eye, but it won’t irritate you in any way.

There is a myriad of LED shapes and sizes, so here’s a quick rundown of the most common LED types around.

RGB stands for Red, Green and Blue – the primary colors. This doesn’t mean that these LEDs emit all three at once, it just means that you can play around with the intensity of each color and combine them to get virtually every color imaginable.

These eliminate the need of finding the right resistor – their perfect match is already integrated into the LED that limits the current it’s taking in.

These lights are unbelievably bright. They are often used on flashlights, floodlights, car headlights and so on.

There are some special types of LED lights that emit light that is outside the human visible spectrum. These are infrared and UV (ultraviolet) LEDs. The first ones are used in TV remotes. While the second ones are used to sterilize or detect forged banknotes, etc.

With LEDs being used everywhere, from LED lighting for dentistry to LED interior lights for cars, it would really be a shame to miss out on getting to know the basics of working with them. We hope we inspired you to delve deeper into the amazing world of LEDs!