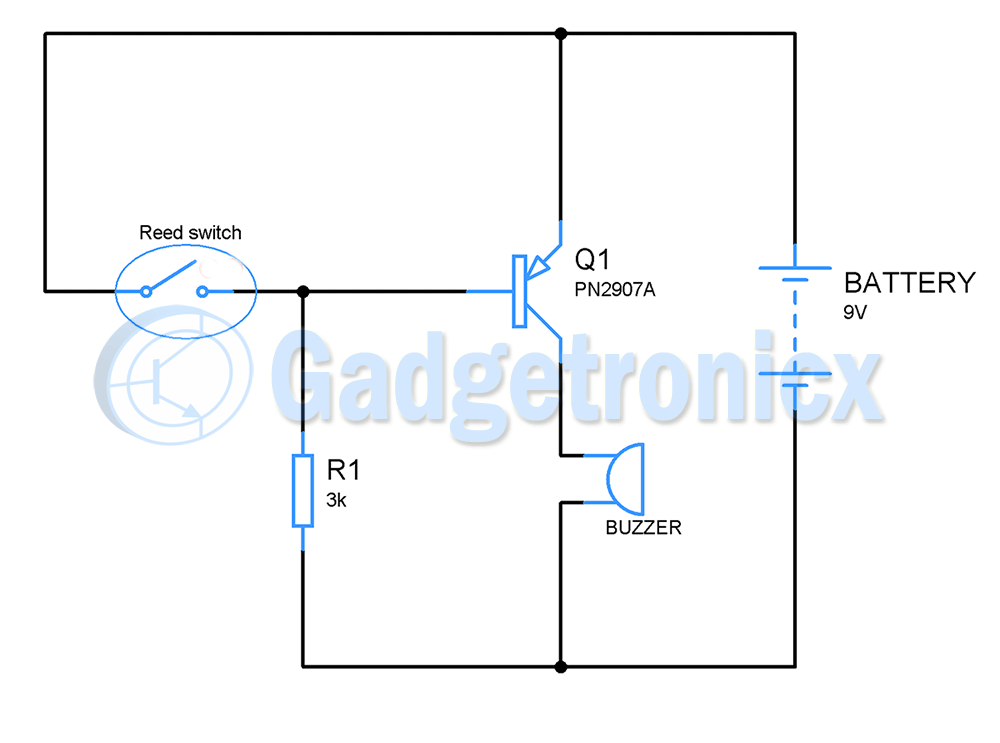 Thief or Burglar or door alarm is obviously most famous form of hobby circuit that we find in the Internet. Each of these circuits use different components and different trigger mechanism to activate the circuit. Here is a circuit which uses the magnets as a triggering mechanism to activate the circuit. The highlight part of the circuit is that it is built using a single PNP transistor and few other discrete components and powered by a 9V battery.

The circuit is built around PNP transistor which is used as switch in here. Many of us knew that transistor can act as a current controlled switch which can be controlled by the current input to the base current. Read about transistors acting as a switch in this tutorial.

Once the reed switch is open, the resistor R1 pulls the base of transistor to low state which in turn ON the transistor. This will allow the current to flow from Emitter to collector via the load ( buzzer ). Once activated the buzzer will act as an alarm scaring the thief or intruders off your house. I have used a 6-12v buzzer for this circuit which consumes 30mA for sounding operation which means I should choose the R1 in such a way it allows 1/10th ( checking the datasheet of 2907 PNP transistor ) of collector current to the base.