Gadgetronicx > Embedded System > RTOS > What is RTOS and How it differs from General OS?

What is RTOS and How it differs from General OS? 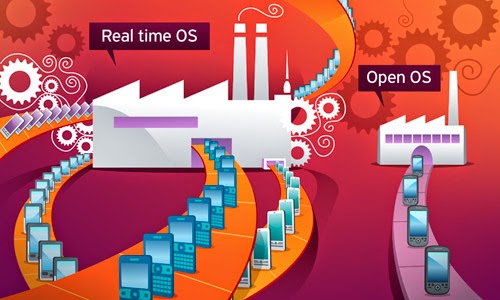 Everyone must have been familiar with the term OS (Operating Systems) as we use it in our PC’s, laptops, mobile etc. But what does a RTOS means? Whats so special about it? What are its applications? Wait up, this article focuses on answering these three major questions and illusrrates the importance of RTOS.

RTOS stands for Real Time Operating Systems and is widely used in many Embedded Applications. An RTOS is nothing but an operating system that supports real time applications by providing the processed result within the allotted time and possess a pretty deterministic behavior.

When coming to real time applications the response time should be very less to maintain a efficient functioning of the system and that way RTOS remain distinct from the general OS.Meanwhile basic structure of RTOS is pretty similar to the general OS other than the reduction in time latency and real time task scheduling.

Let me explain with an example, Air bags in our cars will suit the best. When a overspeeding car meets a accident Air bags should be deployed instantly to avoid the death of the driver. Even it was delayed by few milli seconds the damage will be catastrophic. So that’s exactly RTOS comes into play. Using RTOS the time limit the Air bags should be deployed from the moment vehicle meets an accident can be determined and therefore the task can be performed with no flaws.

Difference between General OS and RTOS

Like i said earlier, the behavior of RTOS should be deterministic and the time latency should be minimum in nature. RTOS is classified into three types based on their tolerance in performing the operations within the deadline.

Here is a list of famous RTOS used till date

Hope this article will be very helpful on understanding the basic concepts behind the Real time Operating systems (RTOS).

Another good RTOS is ChibiOS/RT …

We could always an extra piece of information. Thanks